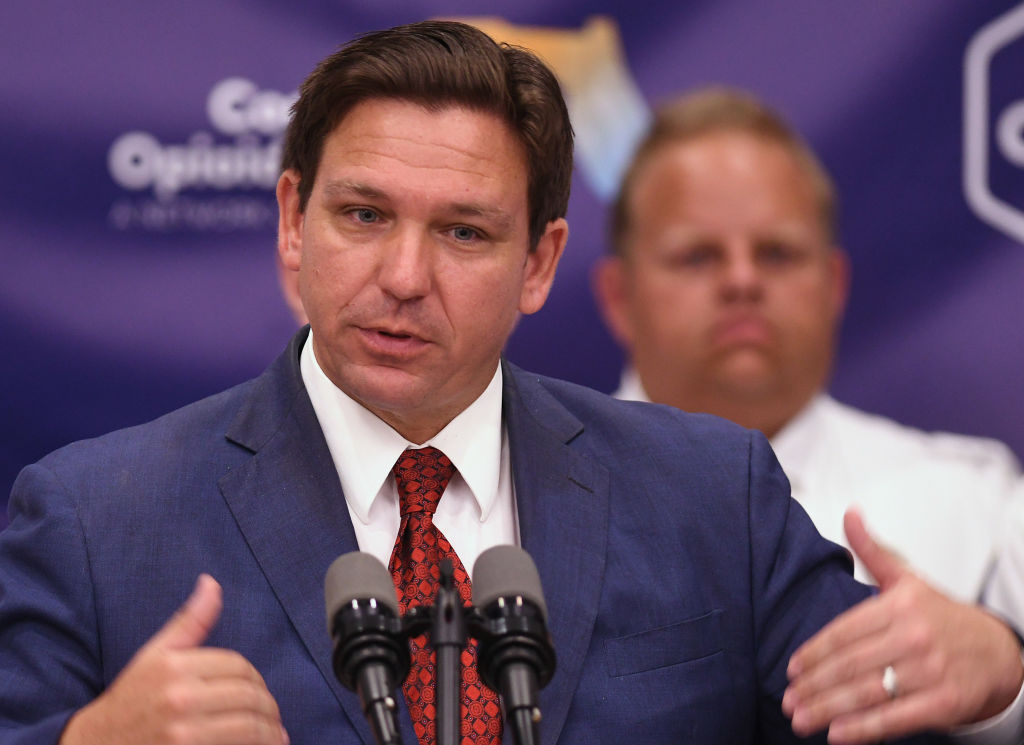 The Florida State Attorney that GOP Governor Ron DeSantis suspended for his woke policies had the audacity to quote the Bible in 2020 to justify the arrest of a Christian pastor holding public services.

In March 2020, Hillsborough State Attorney Andrew Warren justified the arrest of Pastor Rodney Howard-Browne of the River Church at Tampa Bay for violating the guidelines prohibiting large gatherings during the COVID-19 pandemic.

To justify the arrest, Warren declared, “Putting your parishioners at risk in a time of an emergency like this is not only reckless, but it’s illegal,” Warren declared. “I’d like to note that I think it’s unfortunate that the pastor here is hiding behind the First Amendment. … It’s absolutely clear that emergency orders like this are constitutional and valid.”

Warren then cited the Bible: “I’d remind the good pastor of Mark 12:31, which says there’s no more important commandment than to love thy neighbor as thyself. Loving your neighbors is protecting them, not jeopardizing their health by exposing them to this deadly virus.”

“It’s not about a virus; it’s about the church being a (sic) essential service to the community,” Howard-Browne had insisted.

By mid-May, Warren had changed his mind; his office announced it would not pursue the case against Howard-Browne. Still, Warren insisted that the arrest of Howard Browne “remains an appropriate step taken by law enforcement to immediately correct irresponsible behavior after repeated efforts to gain cooperation in other ways were not successful.”

“The constitution of Florida has vested the veto power in the governor, not in state attorneys,” DeSantis said. “We are not going to allow this pathogen of ignoring the law to get a foothold in the state of Florida.”

At the press conference where DeSantis suspended Warren, former Tampa Police chief Brian Dugan blistered Warren, saying, “Let me tell you something: Andrew Warren is a fraud. Yeah, did you get that?”

“I’ve never been good at sugarcoating anything,” Dugan noted. “That’s probably why it took me 28 years to become chief of police. He’s a fraud. He has misled the people of Hillsborough County.”

“Do you remember back during the riots when we arrested 67 people one night?” Dugan asked rhetorically. “And then he, what, a few weeks later, he has a press conference. And what does he say at this press conference? He says that there were no acts of violence, no property damage. He must not have read the police report; there were pictures of a police car with broken windshields. As the cops tried to get out of the cars, protesters pushed their doors shut on them and wouldn’t allow them out of the cars.”

“Those 67 people that got arrested, Andrew Warren said at his press conference that he would work with local law enforcement to expunge those arrests,” Dugan recalled. “He does not have the ability to do an administrative expungment on those arrests. Do you know how many articles have been written about how he expunged those arrests? How would you like to be one of those 67 people that got arrested and you think that that arrest has been expunged. Ask Andrew Warren how many of those expungements he did, and the answer will be zero. Not a single arrest has been expunged. He has misled our community.”