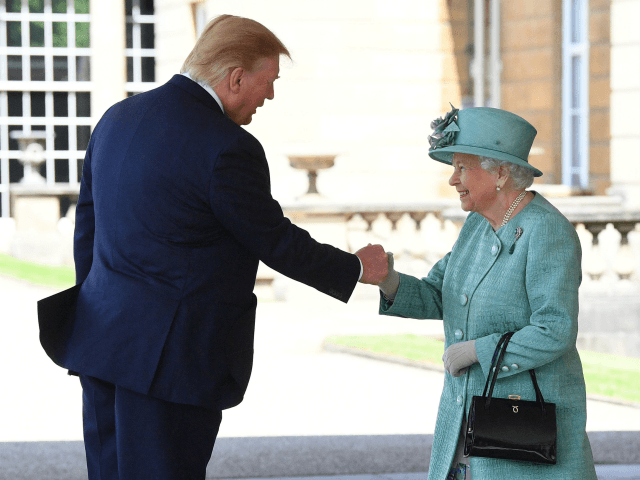 U.S. President Donald Trump has revealed that his administration is already working on a trade deal with British prime minister Boris Johnson, which he predicts will boost British-American trade by three, four, perhaps even five times.

The United States is already the United Kingdom’s single-biggest trade and investment partner and most important security partner, but the British government has been unable to supercharge the special relationship with the U.S. with a trade deal because the European Union does not allow its member-states to conduct an independent trade policy.

International trade, like territorial fishing waters, agricultural policy, and much of the regulatory environment concerning goods, services, competition, and state aid, is controlled by Brussels, which has not struck trade agreements with the U.S., Australia, New Zealand, and several other countries which the British have a strong relationship with — largely out of consideration to other EU member-states such as France and Germany, which might not benefit from these deals like the British would.

U.S. Ambassador: Trump and Johnson Will Have ‘Sensational’ Relationship, UK at ‘Front of Line’ for Trade Deal https://t.co/wcqhDQw5oK

However, with Britain’s new prime minister Boris Johnson now in office and promising to deliver Brexit on October 31st “do or die”, hopefully without the many restrictions on customs and regulations which predecessor Theresa May was willing to sign up to — and which would have effectively killed off the prospect of an independent trade policy — progress on a British-American trade deal appears to be progressing rapidly.

“We’re working already on a trade agreement,” President Trump told members of the press at the White House, adding that he believed it would be “a very substantial trade agreement.

“We don’t do the kind of trade we could do with what some people say is Great Britain, and some people remember a word you don’t hear too much is the word England, which is a piece of it,” he added as something of an aside — seemingly a somewhat cryptic reference to the was the largest of Britain’s Home Nations has been increasingly erased from public discourse.

The President said he believes Boris Johnson has “what it takes” to be a great prime minister, adding pointedly that the British “needed him for a long time… for a long time” — like an allusion to the American’s low opinion of Theresa May’s handling of Brexit.

The President also praised Queen Elizabeth II, much admired by his late mother Mary, who was originally from Scotland, as a “tremendous woman, incredible woman”.

I have been very critical about the way the U.K. and Prime Minister Theresa May handled Brexit. What a mess she and her representatives have created. I told her how it should be done, but she decided to go another way. I do not know the Ambassador, but he is not liked or well….

A Downing Street spokesman later confirmed that that President Trump and Prime Minister Johnson had “expressed their commitment to delivering an ambitious free trade agreement” and “agreed that Brexit offers an unparalleled opportunity to strengthen the economic partnership between the UK and United States” a spokesman added.

Share This Post
Like it? Vote it up!
00
Previous ArticleTrump Economy Great for America, Bad for 2020 DemsNext ArticleBrooks: 'There Was No Collusion'
You May Also Like
Dem Rep. Clyburn: ‘Not Too Sure’ the Bill of Rights Would Pass Today
September 9, 2019
Hispanic Caucus: DACA Not Enough, Need Amnesty for All
March 7, 2019
This Supreme Court Ruling Is Exceptionally Cruel
April 4, 2019

Brooks: 'There Was No Collusion'

On Friday’s “PBS NewsHour,” New York Times columnist David Brooks reacted to Special Counsel Robert Mueller’s testimony before Congress by stating that “There was no collusion” and this “makes it much less likely that we move forward with an impeachment process.” Brooks said, Source link Veterans In Defense Of Liberty - Vidol

The economy is booming under Trump policies, but Democrats are hoping for a recession so they can win back the White House. Source link Veterans In Defense Of Liberty - Vidol