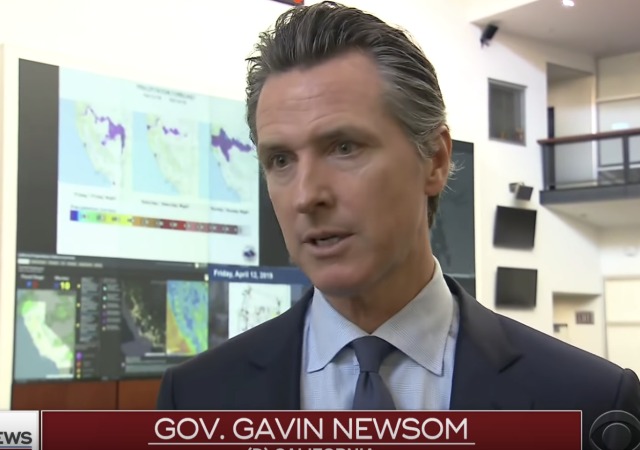 A look at Newsom’s recent, hypocrisy-filled trip to El Salvador!

Given that California’s Governor Gavin Newsom is a leading member of the #Resistance, nobody will be surprised that he called President Donald Trump’s idea of relocating illegal immigrants to sanctuary cities and state “asinine”.

Unlike my governor, I consider the approach a reasonable response to Sacramento’s disregard for federal law. However, I will remind President Trump that there are over 12 dozen cities that voted against the “Sanctuary State” rules imposed by our politicians…so perhaps they can be shipped to Sacramento or San Francisco directly.

Meanwhile, our governor is looking to reduce immigration…by building up the economy of another country. During a recent trip to El Salvador, not only did he smear Trump, but Newsom “focused on diversity” in an effort to help out the Golden State.

Newsom said he’s figuring out in real time what more California can do to help tackle the root causes of migration, namely deep poverty and gang violence. El Salvador is one of the world’s most violent countries, with the gangs MS-13 and Barrio 18 exerting strong control. The minimum wage is just $300 per month.

Mayor Ernesto Muyshondt of San Salvador, the capital city, said he hopes Newsom can use his political influence to halt the cuts to U.S. aid, saying cuts will halt the countries progress and could cause more people to flee.

In Newsom’s first three months in office, he has fought the Trump administration on perhaps no issue as much as immigration, suing over the president’s emergency declaration to build a southern border wall and pledging $25 million in state money to help asylum seekers.

…“How do you understand California without understanding all the diverse cultures that make it the most diverse state?” he said. “It’s fundamental it seems to me to governing a state. That’s why I’m here in the first months.”

Given this news, one might think Newsom prefers to virtue signal instead of govern. But as California reporter Katy Grimes notes, while Sacramento has banned travel to 10 U.S. states with social policies not aligned with progressives, El Salvador isn’t exactly a bastion of tolerance and acceptance.

According to this crowdsourced website tracking LGBT rights by country, unrecognized, same-sex marriage and civil unions are banned; transgender people can change their name but sex changes are illegal; and same-sex adoption is illegal.

“Lesbian, gay, bisexual and transgender people are being forced to leave El Salvador, Honduras and Guatemala to escape ‘epidemic levels of violence’ and threats by criminal gangs and security forces, [Amnesty International] said in a report.”

Newsom might be shocked to learn this trip isn’t playing well among his actual constituents:

Ask your democrat politicians. Pelosi doesn’t care. Newsom went to El Salvador catering to complete illegal alien strangers, instead of taking care of his own. We have previously eradicated diseases making a comeback & feces all over the sidewalks. They won’t do a thing.

Newsom took a trip on tax-payers dollar to El Salvador to find out how he could help them to curve the influx of illegal immigrants from that country, so I don’t know what the problem is now. He wants to help them instead of Californians.

However, Newsom may be playing the long game. After all, Trump may be sending busloads of former El Salvadorans and future Democrats soon!

Share This Post
Like it? Vote it up!
00
Previous ArticleDe Blasio Threatens to Sue if Trump Sends Immigrants to Sanctuary City NYCNext ArticleWill Tocqueville’s Dilemma Crash America?
You May Also Like
Mann's 'Hockey Stick' Established to Be a Fraud
August 30, 2019
Major city offers bounty on Christian leaders
April 7, 2019

Alexis de Tocqueville, who died 160 years ago today, was in his mid-20s when he set out for a nine-month tour of the United States. He was in an unsettled state at the time, full of energy and ambition but unable to wholeheartedly endorse either side in France's political controversies.