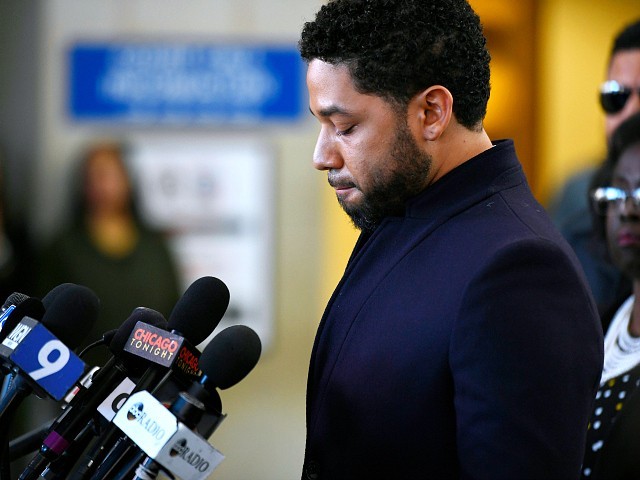 While Cook County prosecutors may have let Empire actor Jussie Smollett off for allegedly staging a hate crime against himself, one legal expert predicts the city of Chicago could still cause him major issues.

Chicago officials last Thursday announced plans to file a civil lawsuit against Jussie Smollett for the cost of the investigation into his purported racist and anti-gay attack after he refused to meet a week-long deadline to repay roughly $130,000. According to high-profile Chicago-area attorney Karen Conti, the city’s lawsuit is the actor’s “worst nightmare.”

“The evidence would likely be unsealed and the case could drag out 4 years,” Conti said. “We’re gonna get the facts that we haven’t gotten thus far.”

“The city wants its pound of flesh,” she added.

Conti made her remarks in a statement to Fox 32 reporter Rafer Weigel.

Legal expert Karen Conti tells me #Chicago‘s suit against #JussieSmollett is #Smollett‘s “worst nightmare. The city wants its pound of flesh. ” The evidence would likely be unsealed and the case could drag out 4 years. “We’re gonna get the facts that we haven’t gotten thus far.”

The Chicago Police Department charges that Smollett, who is African-American and gay, told officers on January 29th that two masked men beat him, sprayed him with an unknown chemical substance, and looped a thin noose around his neck in downtown Chicago. He also told police the assailants yelled: “This is MAGA country!” before fleeing the scene.

Despite a slew of evidence collected by police, Cook County prosecutors last month dropped all 16 felony charges against Smollett, citing his previous community service at Rev. Jesse Jackson’s Rainbow-PUSH coalition. The shock decision infuriated Mayor Rahm Emanuel, who blasted the move as a “whitewash” and accused the actor of dragging the city’s reputation “through the mud.”

Cook County’s top prosecutor Kim Foxx is facing calls from the Chicago Fraternal Order of Police to resign over her office’s handling of the case.

Meanwhile, an attorney for Smollett responded to the request for repayment with threats of their own legal actions.

“In light of their apparent vested interest in the matter, we are confident that Mayor Emanuel and Superintendent Johnson will not object to providing their testimony under oath,” attorney Mark Geragos wrote in a letter to the city’s corporation counsel Edward Siskel. “Mr. Smollett’s preference remains, however, that this matter be closed and that he be allowed to move on with his life.”

Geragos then said the actor “will not be intimidated into paying the demanded sum” by Chicago officials.

“Mr. Smollett vehemently denies making any false statements,” the lawyer continued. “Your claim that Smollett filed a false police report and orchestrated his own attack is false and defamatory.”

Chicago officials did not respond to Geragos.

"I hold Mayor Buttigieg in the highest personal regard. We have a great working relationship," Pence said when asked to react to the news in 2015. "I see him as a dedicated public servant and a patriot." Source link Veterans In Defense Of Liberty - Vidol

“The strikers are led by a few of the most notorious terrorists Israel has ever put behind bars” Palestinian terrorists in Israeli prison are commencing a hunger strike. Because Israel has started jamming their smuggled cell phones. Seriously. Haaretz reports: Palestinian security prisoners from Hamas and Islamic Jihad began a hunger strike on Monday