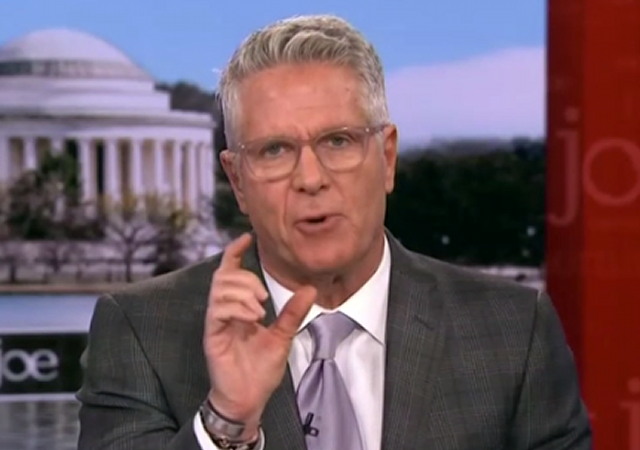 “that’s going to be a stunning silver bullet document”

Democrats and their friends in the media have spent over two years pushing the Russian collusion narrative.

Now that the Mueller investigation is over and the Russia conspiracy is falling apart, they are already moving on to their next line of attack: Trump’s tax returns.

The chairman of the House Ways and Means Committee, using a little-known provision in the federal tax code, formally requested on Wednesday that the I.R.S. hand over six years of President Trump’s personal and business tax returns, starting what is likely to be a momentous fight with his administration.

Representative Richard E. Neal, Democrat of Massachusetts, hand-delivered a two-page letter laying out the request to Charles P. Rettig, the Internal Revenue Service commissioner, ending months of speculation about when he would do so and almost certainly prompting a legal challenge from the Trump administration.

Responding to questions from reporters in the Oval Office, Mr. Trump suggested that he would fight the request because, he said, he was being audited.

The usual suspects are already all over this. This week, Donny Deutsch, of MSNBC’s Morning Joe, said people should forget about the Mueller report because Trump’s tax returns are the real “silver bullet.”

Kyle Drennen of NewsBusters has the transcript:

NICK CONFESSORE [NEW YORK TIMES]: Well, Joe, I think, you know, it’s fair question if the Mueller report or Trump’s tax returns are the most sought after piece of paper in America right now, it’s kind of even-stevens there. You know, obviously everyone wants to know what’s in there.

DONNY DEUTSCH: Joe, we’re going to learn about the reality and the – the authenticity of Trump’s Supreme Court justices because the new guys are these pure, by-the-law, constitutionalists, absolutists, and if you follow that letter of the law, there’s only one way to go here.

On top of that, the tax returns, I will put in, are 10x as far as there importance and consequence versus Mueller. The tax returns are into the financial soul of a human being. You will see years and years of tax fraud, bank fraud, money laundering, any way you can look at it. And it’s going – that’s going to be a stunning silver bullet document.

Will the same pressure be applied to socialist millionaire and multiple home owner Bernie Sanders?

He wants to win the White House in 2020 and hasn’t released his tax returns.

And his name isn’t Donald Trump.

Sen. Bernie Sanders of Vermont, one of several front-runners early in the 2020 Democratic presidential primary, has yet to make his tax returns public, despite promising to do so “soon” at a CNN town hall in February.

“It just was a mechanical issue,” he said at the time. “We don’t have accountants at home. My wife does most of it. And we will get that stuff out.”

Time for some Offense!

Time for some Offense! View Reddit by undue-influence - View Source