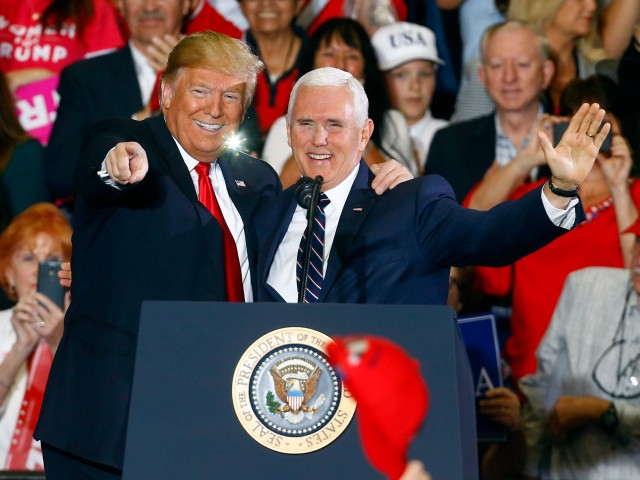 Progressive organizations and the Democratic Party recognize the centrality of Florida for the 2020 presidential election and have been working to deploy a massive ground game to register voters, increase turnout and lobby Floridians against President Donald Trump.

With its 29 Electoral College votes, Florida is the nation’s biggest swing state and is critical to Trump’s path to victory in the upcoming race.  If statewide 2016 voting patterns are repeated, the Democratic candidate for president would be able to win the White House by capturing Florida and one other swing state – Pennsylvania, Ohio, Wisconsin or Michigan.

A centerpiece of the Democrats’ swing state efforts revolve around a Florida state amendment that was passed last year restoring voting rights for felons, with progressive groups battling efforts to require the state’s nearly 1.4 million ex-felons to first pay civil fines and court fees before registering to vote.

Failed gubernatorial candidate Andrew Gillum announced his own Florida voter registration initiative committed to registering no less than one million new voters for 2020 while aiming to “evict Donald Trump” from the White House.

“We are going to commit ourselves to registering and engaging one million voters between now and 2020’s presidential election,” Gillum said last month in Miami, addressing his new group which calls itself Bring It Home Florida.

“The road to the White House runs through Florida,” added Gillum.  “We can deny Donald Trump a second term right here in the state of Florida.”

“How many states can you say, by themselves, have the ability to deny this man a return to the White House?” Gillum asked. “I can’t think of a bigger, better, more important state than the state of Florida, than for us to send that message.”

As we looked at the gaps in the current ecosystem, we said, ‘Could we set something up right now that could provide the infrastructure, provide the data and technology to whomever the eventually nominee is so they’re not at such a disadvantage once the primary is over?’ We can.

The Florida Democratic Party itself is reportedly planning to spend at least $2 million to register new voters. The party is seeking to hire full-time organizers and utilize the services of data science firms in their Florida efforts, Politico reported.

Juan Peñalosa, executive director of the Florida Democratic Party, said the party would work with Gillum on the drive to flip Florida. “As one of the more exciting leaders of our Party in Florida, we’re excited for Andrew Gillum to direct his energies toward registering voters and we are working closely with Mayor Gillum to ensure we meet aggressive goals to bring more Floridians into the democratic process,” Peñalosa said.

Gillum is leading Democratic efforts focused on implementing Amendment 4, a state constitutional amendment that restores voting options for ex-felons.  The Florida Legislature has been debating legislation that would require ex-felons to first pay their court costs and associated fines.

Writing at the Tampa Bay Times on Wednesday, Gillum argued that the legislation seeks to disenfranchise voters.

While supervisors of elections all across our state opened the rolls to ex-felons almost immediately, lawmakers moved swiftly to prevent our newly redeemed citizens from participating in democracy. They’ve resorted to the same tactics implemented in 1885 by Florida neo-confederates scared of the future and social equality — a poll tax. And make no mistake, that poll tax was effective in preventing minorities from participating in democracy and enriching our state for generations — and this one would be effective, too.

By requiring full monetary restitution to be paid before civil rights are restored, lawmakers would be unconstitutionally burdening reformed ex-felons attempting to participate in our society.

Gillum is acting in lockstep with efforts of major U.S. progressive organizations collectively aiding the drive to register ex-felons in Florida.

The heavily Soros-funded American Civil Liberties Union (A.C.L.U.) argued  that legislation seeking to ensure ex-felons pay their court fines before regaining voting rights “places unconstitutional restrictions on the eligibility to vote for individuals who should have their voting rights back.”

The A.C.L.U. acted as a consultant in drafting Florida’s Amendment 4 on ex-felons together with the Soros-financed Brennan Center for Justice based in New York.

Gillum has been closely associated with likeminded progressive groups.

Breitbart News previously reported Gillum served as the director of a radical youth training organization whose mission was to challenge U.S. “predatory capitalism,” abolish the prison system, fight a “spiritual resistance” battle against “Christian hegemony,” redefine the meaning of “borders” while aiding “undocumented” aliens, and enact the “collective liberation” of “communities of color” amid what it described as the scourge of “white supremacy.”

Gillum’s group accused the U.S. of being a “colonialist” power perpetrating “structural violence” and “continued genocide.” It claimed conservatives in the U.S. judicial system were “justifying white supremacist policing practices.”

All of that extremist rhetoric and more was posted on the official “issues” sections of the organization’s website while Gillum not only served as its active director, but while his picture, position and bio were brandished on the same site on the “staff” page.

The organization in question is Young People For, or YP4, one of two youth training groups that Gillum directed and oversaw while he worked at the George Soros-financed People for the American Way, or PFAW, as field organizer in 2002 and then Director of Youth Leadership Programs from 2005 until January 13, 2017. He departed PFAW just ahead of his gubernatorial run.

Also, Breitbart News reported Gillum graduated from an Oakland, California-based training school for progressive revolutionaries that has spawned a list of activists who have gone on to become the who’s who of the far-left leadership world, with many taking senior positions at organizations financed by Soros.

In scores of cases, graduates of the Rockwood Leadership Institute founded or directed notorious Soros-financed activist groups, such as Black Lives Matter, Media Matters for America, MoveOn.org and the Tides Foundation, one of the nation’s largest funders of progressive groups.

Share This Post
Like it? Vote it up!
00
Previous ArticleKirk: Tiger Woods Defines American ExceptionalismNext ArticleFeds: 1 in 4 Inmates Are Foreign-Born, Costing U.S. Taxpayers $1.4B Annually
You May Also Like
The FBI's Steele Timeline Falls Apart
May 10, 2019
Diana West’s ‘The Red Thread’ Book Launches Today
March 8, 2019

Sharyl Attkisson: The Government Has Rigged The Rules To Avoid Accountability
February 9, 2019
Dem Field Is Set: 8 Questions About What Comes Next
April 26, 2019

Feds: 1 in 4 Inmates Are Foreign-Born, Costing U.S. Taxpayers $1.4B Annually

About one in four federal inmates are either an illegal alien, legal immigrant, or suspected foreign-born criminal, a new federal report concludes. Source link Veterans In Defense Of Liberty - Vidol

When does an American sporting event become a defining statement about American exceptionalism? Answer: When Tiger Woods wins his 5th Masters. Source link Veterans In Defense Of Liberty - Vidol