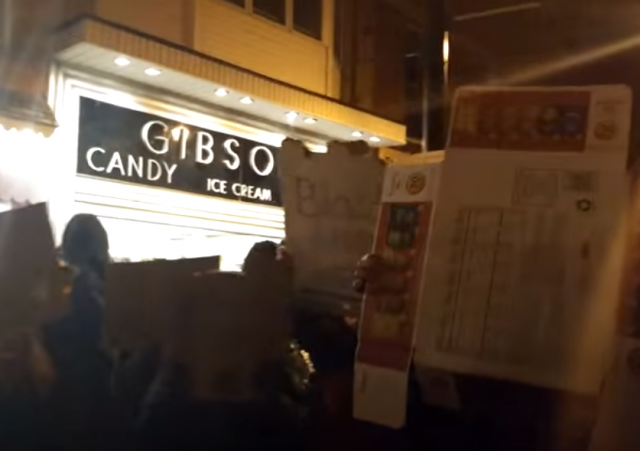 With the Gibson Bros v. Oberlin College lawsuit set to begin jury selection on Wednesday, I want to pursue the discussion of why this case hasn’t received more national publicity.

Specifically, let’s look at why the national politicians, who crave attention on various issues that keep them elected, haven’t used this case to bolster their left or right viewpoints.

And, of course, whether it is the media wagging the political dog here, meaning that if the media ain’t covering it much, the politicos have less to say.

Because on the surface, conservatives in Congress could promote the issue that a small town business alleges it has been racially defamed by an elite liberal university, and use that to back up an agenda that the far left social justice warrior movement has pushed too far. Conversely, liberals could say that minority students in this country are being abused by a right-wing nationalist fervor that makes it hard for them to buy basic food in a small grocery without being watched too closely because they are all thought of as shoplifters.

I am not looking at who side is right or wrong here. I am looking at why we are hearing virtually no voices from the public bullhorn much at all on this case.

Take U.S. Rep. Jim Jordan, for example. He was elected to Congress in 2006 and his district includes Oberlin. He is one of the founding members of the House Freedom Caucus, the most conservative group in Congress and one that has often pontificated on the right’s views of racial equality, free speech, and the rights of independent business owners like Gibson’s Bakery and Market.

If Jim Jordan wants to speak, the media will be there to record him within minutes. And he does so often, known by the FOX News viewers as almost a regular.

So why isn’t Jordan on FOX News with Sean Hannity in the evenings or The Five in the mornings and at least mentioning this case once or twice in more than two years, talking about how a good private business has been wronged by leftist cultural issues? And not in Washington DC either, but at a business in his district.

Jordan has been quiet, like the rest. His spokesman told me last year that Jordan had visited Gibson’s Bakery and appeared on a local Cleveland radio program discussing the Oberlin case soon after it happened in November of 2016.  But in all fairness, I couldn’t find anyone who remembered such a visit or find any media coverage of it.

“He visited the bakery and expressed solidarity and has done what he can to help them,” Jordan spokesman Ian Fury said last year.

If you want some background on this Gibson’s Bros. v Oberlin College case, go here.  It is about how the “towns and gowns” cultural identity and basic business relationships of a small college town got upended by racist accusations that allegedly were neither accurate nor backed up by even basic police reports. One of those news subjects that is both simplistic and complicated, and extremely relevant in this time period.

Along those lines, let’s take the political avoidance of this issue by both sides a little further than just Rep. Jim Jordan.

Lorain County OH, where this lawsuit is taking place, is represented by two other house members besides Jordan: Democrat Marcy Kaptur (first term in 1983), and Republican Bob Gibbs (2011). Neither of them — who have represented this average-sized county (pop. 307,000) for many years (Kaptur even once had Oberlin in her district) — have had anything to say on any part of this case.

U.S. Rep. Marcia Fudge (D-OH), first elected in 2008 and whose district boundary is just 35 miles from Oberlin, and past chair of the Congressional Black Caucus, has never come out to defend Oberlin College in this case that has very racial overtones at its base. She has said nothing either.

So are Democrat Sen. Sherrod Brown and Republican Sen. Rob Portman. Former governor and presidential candidate John Kasich never weighed in on this either, and he was governor when the protest happened. No one can figure out why a state like Ohio is hearing nothing from its political leaders – or much from the local media as well – on a subject matter that gets bombarded with media coverage almost daily.

For those keeping score at home, neither of the senators or the governor from Ohio have said anything about this case of Oberlin College being accused of racial defamation. The six U.S. House members, two Dems and four GOPs, whose districts are less than an hour drive away from Oberlin, have also been silent.  And silent over a controversial dispute that would erupt with media coverage and political statements had it happened at Harvard or Yale or Stanford or the University of Chicago.

One editor I’ve worked for in the past (at a major news media organization whose name you’d recognize), put it more succinctly: “If this happened at Wellesley College outside of Boston or Swarthmore outside of Philadelphia, we’d all be covering it, because our audience is there,” he said. “I don’t think our readers even know what Oberlin College is anymore, and if the elected officials are avoiding it, we follow them.”

“I still can’t figure out why FOX News isn’t jumping all over this, though,” the editor continued.

I really don’t know what to make of it. I have been in this business a long time, a senior editor with US News & World Report for a decade or so. More recently, I’ve written for Daily Beast, Politico, The Guardian, Next City, Weekly Standard, Pacific Standard, New Republic, Bulwark, etc. Based on my experience, whenever a story like this comes up – with such hot disputes grounded in racial and cultural societal differences – the media and elected officials generally dive in and eat and thank the lord for such a good publicity meal.

They are not doing so with this case. It’s been two-and-half years since this incident happened, and more than year since this case was filed. Little media coverage in that timeline. In fact, the most coverage by far is here at Legal Insurrection.

Are the media and elected officials avoiding this because it is too complicated, they have little to gain from it, or they can’t figure out how to play it up to their constituencies or their readers/viewers? Or is there no collusion involving Russia in this story, so they move on to a story that might have some of that?

Not sure. The case is odd. But the public avoidance of it is even odder.

Share This Post
Like it? Vote it up!
00
Previous ArticlePennsylvania State Rep. Brian Sims Records Himself Rebuking Pro-Life ‘Old White Lady’ Saying RosaryNext ArticleHow to Get Back on Track on Improving Schools
You May Also Like
Dem Media Claims Notwithstanding, Trump Is Favored
June 13, 2019

Mueller Proves His Probe Was a Scheming Political Hit Job
May 29, 2019
Competition for the radical base: Warren eating Bernie’s lunch
June 16, 2019

How to Get Back on Track on Improving Schools

Arne Duncan and Rod Paige write that helping students in the US become more successful in school starts with making the challenges they face a national priority again. Source link Veterans In Defense Of Liberty - Vidol

Pennsylvania State Rep. Brian Sims videotaped himself last week as he rebuked a woman he called an “old white lady,” who was praying the rosary as she demonstrated in front of a Planned Parenthood facility. Source link Veterans In Defense Of Liberty - Vidol