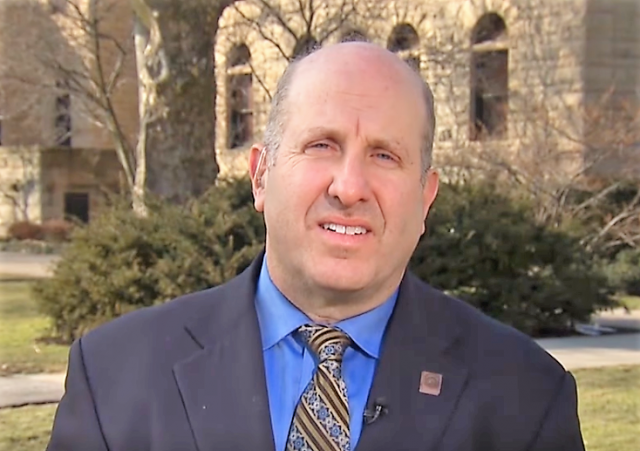 Today was Day 11 of witness testimony in Gibson Bros. v. Oberlin College. The events giving rise to the lawsuit have been said to represent “the worst of identity politics.”  You can read about some of the background on this case here.

Oberlin College Dean of Students Meredith Raimondo finished her testimony under cross-examination with little more to add to the discussion. She did, however, take one more shot to explain to why she called the editor of the Oberlin News Tribune a “liar.”

Jason Hawk, editor for the Oberlin News Tribune, had testified that he had attended the Nov. 10 protest and that Meredith Raimondo gave him a flyer when he identified himself as a reporter for the local paper and asked what the protest was about. He wrote in his initial story that the flyer was “literature provided by the Oberlin College Dean of Students Meredith Raimondo, who stood with the crowd.”

The school didn’t like that description of the event in the local newspaper, and Oberlin College’s director of media relations, Scott Wargo, sent Hawk an email to retract what they had written and replace it with “that literature was provided by the organizers and not Meredith Raimondo.”

Hawk insisted he was not wrong: “Sorry, Scott, but that’s simply not true. Meredith Raimondo handed me the literature.” When emailed by Wargo what Hawk had said, Raimondo emailed back, “He is a liar.”

She has testified in court that she had handed out a flyer to Hawk.

So why the “liar” accusation?

First, she said today “he made it sound like I was running and organizing the protest. I thought that would have a negative effect on the community.”

Secondly, the “the newspaper put it on the internet” that she was doing the handing out of flyers.

And third, “I didn’t know he is was reporter on that first day, and when I read that story, I thought I had never met Mr. Hawk.”

Hawk had testified that he had introduced himself to her, and that she then asked him if he wanted information on the protest, and pulled out a flyer and handed it to him. Thus, the “liar” allegation by Raimondo is somewhat tough to comprehend.

On the first day of testimony of the Gibson Bros. v. Oberlin College case, Ferdinand Protzman, the chief of staff for the school administration and a 1975 graduate of Oberlin College, testified how the students at the school were pretty much spoiled brats. Protzman told the jury that the primary reason the school cut ties initially with Gibson’s for their food products was that the students might have thrown a “tantrum” on campus.

How the students’ protest over serious racial issues in their minds had turned into wanting to throw bagels on the floor of the cafeteria and stomp on them. With or without cream cheese.

It led to this famous exchange in Lorain County Court in Ohio on May 10.

“The concern was that the students were angry?” Gibson lawyer Lee Plakas asked. “The fear was that angry students would throw food [made by Gibson’s] on the floor [of the cafeteria] and stomp on it?”

“Yes, that was one of the concerns,” Protzman answered.

“Doesn’t that sound more like a nursery school than a college?” Plakas continued.

That exchange was re-done today in some regards, as the former president of Oberlin College, Marvin Krislov, was on the witness stand in the case. He was testifying to his role in various parts of the protest that condemned Gibson’s as racist and how they allegedly lost most of their business over that designation.

Krislov, who now is President of Pace University, presided over Oberlin College during many tumultuous events prior to the Gibson’s protests, including these covered by Legal Insurrection:

Plakas asked Krislov, who made more than $500,000 a year as school president and had a historic mansion to live in, why he thought the school had discontinued Gibson’s products from their $500-per-week cafeteria food drop-offs they had been doing for the school for decades.

“Meredith [Raimondo] had decided the food would not be eaten [by the protesting students],” Krislov said. “The question we had to think about is why would you buy food that people wouldn’t eat.”

It was once again one of those head scratching moments in this case. Here was the president of this acclaimed liberal arts school, who had been serving in that capacity for about ten years, a man responsible for the higher education of nearly 3,000 students a year, making decisions on a case that involved serious allegations of racism by determining how not to offend some students who were threatening to throw a fit.

It may be one of those one of those moments for the jury, as well, because as this case now moves into its third week of testimony, the distance between the mindset of Oberlin College administrators, their faculty, and students is getting further and further from the very common-man reality.

Not the real world? In some ways, their own world.

Krislov seemed to have little realization that a statement by the school that Gibson’s was not racist would help the business greatly in recovering from such a setback. Instead Krislov put their school’s goal this way: “We wanted to work to repair the relationship with the school and help Mr. Gibson restore his relationship with his primary customers, the students” adding that “We wanted to make this as close to a win-win as possible.”

He didn’t seem to realize that being called racist can put you out of business in very short order in a college town, and that it wasn’t in the win-win realm of determination. Gibson’s was trying to keep their 130-year-old business alive and trying to keep people employed and working.

Krislov even took it a bit further. During one email exchange with deans and administration staff, Krislov was worried about how the students might perceive the school coming out to much in favor of Gibson’s with its students. “[I] worry that mentioning shoplifting will trigger a [bad reaction] … How about softening. What about reference to tense times?”

The jury was also shown emails by Krislov sent to a member of the Oberlin College Student Senate seeking the students’ advice on how to deal with the problems. One Nov. 10, 2016, when the protests had just started, Krislov sent this to a student senate member: “Meredith [Raimondo] and I were just talking and I wanted to seek your guidance about what I (and the College) might say or, do about the Gibson’s situation.”

He also told the jury that one of the solutions to the “Gibson’s situation” was that “We were trying to get students to realize that shoplifting was harmful.”

Plakas also took Krislov to the legal woodshed by asking him if the school had ever considered issuing a statement at any point during the year between the protests and the time the lawsuit was filed that Gibson’s had no history of being racists. Or that it never considered that at any point in time. One or the other.

Krislov hemmed and hawed a bit, and then ran down the middle by saying “I wouldn’t characterize it that way.”

Plakas then put forward a deposition of Protzman from early this year – who was chosen by the school to be their official spokesman for this deposition. Protzman answered officially “no” as to whether the school had ever considered that Gibson’s business or the family members were not racists. He even said the school never even considered saying “no” that Gibson’s’ was part of white supremacy.

Krislov said he was worried that “people with guns might come to Oberlin to defend Gibson’s,” that people who thought Gibson’s were racists “were coming out of the woodwork,” and spent time discussing with one another in the Oberlin College administration “what an appropriate response would be.”

“We had heard the concerns of different parties and were trying to chart a path forward,” he said to the jury.

Three witnesses are expected tomorrow, including an officer with the Oberlin Police Department.

WAJ NOTE: Our trial coverage is a project of the Legal Insurrection Foundation. Your support helps make this type of coverage possible.

The Fed Hurts Farmers More Than China Does

There's no question that many farmers are struggling this year with incomes down and bankruptcies up. Though some of the more dire reports on the farm sector recorded in the media are exaggerated, what is indisputable is that prices for major commodities such as corn are on a downward trend

The latest revelations about Martin Luther King Jr. present me with a fantastic opportunity to renew my proposal that we replace Martin Luther King Day with Thurgood Marshall Day. Source link Veterans In Defense Of Liberty - Vidol