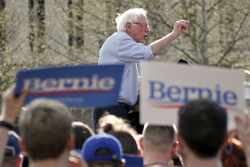 The 2018 election was a great victory for Democrats, as we swept the U.S. House of Representatives and elected more women and minorities than ever before to Congress.

Our party has always strived to be an inclusive, big tent party, and we should welcome anyone who wants to support our progressive agenda. However, as we work to grow our party, we have to be sure we don’t lose touch with the backbone of our country — working-class Americans.

Unfortunately, some Democrats are. In 2016, Hillary Clinton lost white non-college-educated voters (many of which represent the working class) by a whopping 31 percentage points, handing Donald Trump the White House.

If this continues, Democrats could be in real trouble. David Byler, a data analyst and political columnist at the Washington Post, accurately addressed this concern when he stated, “It’s […] possible that if a Democrat neglects the working-class white voters who stuck with the party or intentionally tries to trade them for some other voters, a Republican will take that trade and again surprise the political world by winning on blue-collar white strength.”

This unfortunate pattern is hurting the image of our party nationwide. In Kentucky, Louisville Mayor Greg Fischer, a Democrat, came under fire from worker’s rights groups and union leaders for proposing a pay freeze for all city employees. In Minnesota, Democratic Gov. Tim Walz is currently proposing a 20-cent-per-gallon increase of the gas tax, which is a regressive tax that disproportionately hurts the poor and working class.

In California, the nation’s largest and one of its most progressive states, there are a few other examples of Democrats damaging our party’s image with the working class.

For starters, Sacramento Mayor Darrell Steinberg recently announced the city is offering $33 million in tax breaks to build a soccer stadium. This is troubling behavior for a Democrat, as that money could be going to benefit all people through education, infrastructure, or local hospitals, not just helping wealthy sports teams save a buck.

This isn’t the first-time Steinberg has taken actions that harm workers. For instance, a few years ago he authored a bill in the state Senate, SB-25, which would force farm workers into a government-ordered labor contract in spite of those contracts lowering the workers’ take-home pay. Workers would not even be allowed to vote on these contracts.

As Democrats, we should support unions, as they often fight nobly for workers’ rights and protections. However, that doesn’t mean we should stand by if unions don’t uphold their duties and promises to workers.

This happened recently in California, where the United Farm Workers union abandoned immigrant farm workers for decades, essentially leaving them without a voice. When the workers understandably pushed back and tried to change their representation, Democrats on the state’s Agriculture Labor Relations Board tried (and failed) to block their vote.

Even worse, one of the ALRB’s current members, former state Sen. Isadore Hall (who supported Steinberg’s SB-25), has come under fire for having close ties to the UFW. This poses what many people would consider a potential conflict of interest since Hall is supposed to be impartial regarding decisions affecting unions such as the UFW and workers across the state.

What’s disheartening about all this is that Democrats are supposed to be the party of the working class. Whether it’s President Trump’s largest budget cuts coming from places like the Labor Department, or his tax bill, Democrats have more than enough ammunition to draw a stark contrast between our party and the GOP when it comes to working-class issues.

However, none of these points will matter if Democrats continue to take actions and implement policies that only feed into the narrative that we have become detached from the working class.

Coming into 2020, I’m happy to see that many of the candidates who are seeking the Democratic nomination for president, including Elizabeth Warren, Amy Klobuchar, Tim Ryan, and Bernie Sanders, are championing working-class policies and values.

No matter who wins the nomination, it’s essential that he/she ensures workers’ rights and protections are a cornerstone of their platform — and more importantly, once they are elected, that they fight for all working-class Americans on day one.

Savannah Shoemake is a Democratic activist and served as a youth campaign coordinator for Sen. Bernie Sanders’ 2016 presidential campaign.

Share This Post
Like it? Vote it up!
00
Previous ArticleSuspect Allegedly Undresses in 12-Year-Old's Bedroom, Gets Shot Six TimesNext ArticleTrump a Master at Pushing Democrats' Buttons
You May Also Like
‘How Many Times Is Biden Gonna Say Something Stupid?’
August 20, 2019
Disaster! America Created Just 20,000 Jobs in February
March 8, 2019
Schiff: We Face 'Dilemma' on Impeachment That If We Don't Impeach, It Sends Message Trump's Conduct Isn't Impeachable
April 27, 2019

Damn that Donald Trump, he's at it again, making a big deal out of 9/11. How dare he? He's also threatening to send illegal immigrants to sanctuary cities. Has the man no decency? It's illegal. It... Source link Veterans In Defense Of Liberty - Vidol

A suspect who allegedly broke into a 12-year-old's bedroom in Louisville, Kentucky, was confronted by the homeowner then shot six times. Source link Veterans In Defense Of Liberty - Vidol