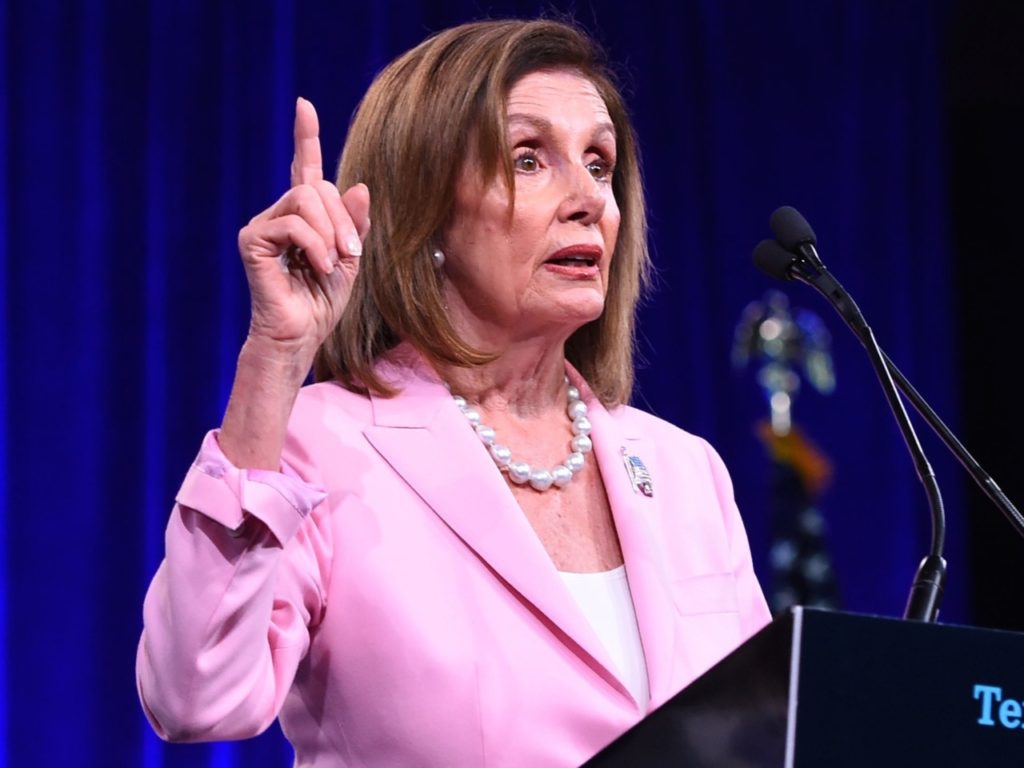 Speaker of the House Nancy Pelosi (D-CA) will convene the Democratic caucus at 4:00 p.m. Eastern Daylight Time on Tuesday to discuss whether to impeach President Donald Trump.

As Breitbart News reported earlier this year, Biden forced out former Ukrainian prosecutor Viktor Shokin as he was investigating an energy company called Burisma Holdings, which was paying Biden handsomely as a member of its board. The former vice president even boasted to the Council of Foreign Relations last year that he had threatened to withhold $1 billion in U.S. aid unless the prosecutor was fired. (He did not tell the audience about his son’s role.) Conservatives claim Biden obstructed justice to protect his son — who enriched himself using his father’s prestige.

It is not clear what law, if any, Trump would have broken by urging the Ukrainian government to re-open the case. The alleged “whistleblower” in the case did not hear his conversations with Ukrainian leaders directly, and the Wall Street Journal has suggested there was no quid pro quo — that Trump did not offer (or withhold) anything in return.

Nevertheless, the story has given new enthusiasm to supporters of impeachment in the House Democratic caucus, who had been somewhat deflated after Special Counsel Robert Mueller found no evidence of Russian collusion.

In July, the House voted 332-95 to postpone an impeachment resolution. As of last week, the Democrats only had 175 votes for impeachment from their 235 member — 43 votes short of the 218 necessary for a House majority. Almost all of the Democratic presidential contenders support impeachment, but only 37% of the public support it, while half oppose impeachment, according to the most recent Politico/Morning Consult poll released last week.

On Saturday, however, in the wake of the Ukraine story, Rep. Alexandria Ocasio-Cortez (D-NY) — who enjoys unrivaled support among the “progressive” base — tweeted: “At this point, the bigger national scandal isn’t the president’s lawbreaking behavior – it is the Democratic Party’s refusal to impeach him for it.” (She did not cite any law Trump had broken.)

On Monday, Politico reported that “Democratic all-stars” — including former Vice President Al Gore and other “alumni of the Clinton and Obama administrations” — were backing impeachment. NBC News quoted a “senior House Democratic aide” who said “[t]he dam could break on Thursday” for impeachment.

Pelosi had long resisted pressure to impeach the president, having seen the backlash that hit Republicans when they impeached President Bill Clinton in the 1990s. Even though Clinton had committed actual crimes (obstructing justice and lying under oath), voters decided those did not amount to “high crimes and misdemeanors” — at least, not high enough to warrant reversing the results of a democratic election.

But on Monday, Bade reported, Pelosi had begun “sounding out members on impeachment, asking if the time has come.” Bade also reported that Democrats may use a “select committee” to conduct an impeachment inquiry, and not the contentious House Judiciary Committee run by Rep. Jerrold Nadler (D-NY), who has become a favorite Republican target.

Impeachment will not lead to President Trump’s removal from office unless the Senate votes to convict him by a two-thirds majority. Since Republicans have 53 seats, and Democrats (including independents who caucus with the Democrats) only have 47, the minority party would have to convince 20 Republicans — nearly half — to convict.

Joel B. Pollak is Senior Editor-at-Large at Breitbart News. He earned an A.B. in Social Studies and Environmental Science and Public Policy from Harvard College, and a J.D. from Harvard Law School. He is a winner of the 2018 Robert Novak Journalism Alumni Fellowship. He is also the co-author of How Trump Won: The Inside Story of a Revolution, which is available from Regnery. Follow him on Twitter at @joelpollak.

'Howdy, Modi!': Behind the Trump-Modi Bromance

WASHINGTON – When President Donald Trump met Prime Minister Narendra Modi for the first time in June 2017 at the White House, the two men famously embraced in a bear hug, sparking chemistry that would extend beyond relations between the U.S. and India. Read Full Article » Source link Veterans In Defense Of Liberty - Vidol