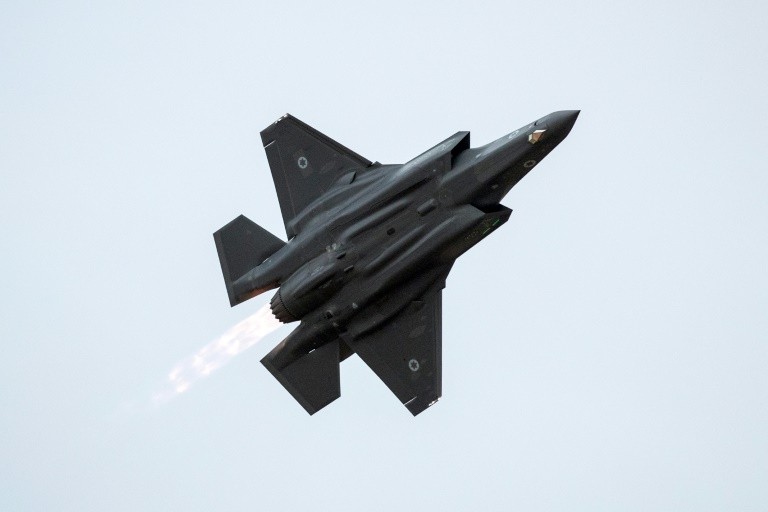 In a rare confirmation, the Israel Defense Forces acknowledged striking Iranian targets in Syria to prevent a “pending, large-scale attack of multiple killer drones on Israel.”

An Iranian drone attack on Israel would have represented a massive escalation in Iran’s efforts to attack the Jewish state.

“The strike targeted Iranian Quds Force operatives and Shiite militias which were preparing to advance attack plans targeting sites in Israel from within Syria over the last number of days,” the IDF said in a statement.

IDF spokesman Jonathan Conricus said Israel possesses information that Iranian forces were prepping to launch “killer drones” packed with explosives and aiming to target northern Israel. He said that Israel had monitored the Iranian drone plan for months and that Iran was prevented last Thursday from carrying out an “advanced attempt” as part of the same plot to strike Israel with drones.  On Saturday, Israel became aware of another Iranian attempt to carry out the same attack, with Conricus saying today’s drone plot attempt was “very imminent.”

“This was a significant plan with significant capabilities that had been planned for a few months,” Conricus added. “It was not something done on a low level, but rather top down from the Quds Force.”

Israel Air Force jets struck Iranian targets at around 11 p.m. local time on Saturday in the Syrian town of Aqraba, which is located between the center of  Damascus and the city’s airport, Prime Minister Benjamin Netanyahu said.

On Twitter, Netanyahu fingered Iran as being behind the thwarted drone attacks and said Israeli forces have been directed to “be prepared for any scenario.”

I have directed that our forces be prepared for any scenario. We will continue to take determined and responsible action against Iran and its proxies for the security of Israel.

Following the Israeli airstrikes, the IDF reportedly deployed Iron Dome batteries in the north of the country to protect against any retaliatory rocket attacks from Iran-linked forces in Syria.

Reuters further reported on the Israeli preemptive strikes inside Syria:

“The aggression is ongoing and air defences are confronting hostile targets and are downing most of them in the southern region,” state media outlet SANA said, indicating areas south of Damascus.

The Syrian army said in a statement that “the majority of the Israeli missiles were destroyed before reaching their targets.” Conricus, however, said the impact of the Israeli strikes was “significant.”

The IDF has carried out scores of strikes against Iran-linked targets in Syria but rarely takes direct responsibility for specific attacks beyond general statements affirming Israel’s right to self defense.

In February 2018, the IDF reportedly downed an Iranian drone that had penetrated Israeli airspace with the Israeli military saying that the UAV was armed and was poised to carry out an attack inside the Jewish state. Aviation analysts described that Iranian drone as a new stealthy model similar in design to the American RQ-170 Sentinel spy drone that Iran claimed to have shot down and seized in December 2011.

Share This Post
Like it? Vote it up!
10
Previous ArticleHow the Media Fell Short On Jeffrey EpsteinNext ArticleTaylor Swift Is Everything That’s Wrong with Celebrity Culture
You May Also Like
U.S. Steel Tariffs Helping to Clean Up the Environment in Pennsylvania
May 3, 2019
Can Kamala Harris Win?
April 8, 2019
Why Blacks Should Move to the Republican Party
December 13, 2019
Did Ilhan Omar Help Benjamin Netanyahu Win Reelection?
April 13, 2019
Alan Dershowitz: I Would 'Enthusiastically' Support Biden Over Trump in 2020
June 14, 2019

Populists and Traditionalists Are Battling in Both Parties
March 13, 2019

Taylor Swift Is Everything That's Wrong with Celebrity Culture

Taylor Swift is a pretty pop superstar who sings pretty pop songs. And there's nothing wrong with that. Once upon a time, that description would stand tall without qualifiers. That's no longer the case. Swift must be much more in today's hyper-political climate. The singer resisted that urge until she

How the Media Fell Short On Jeffrey Epstein

Why did it take some of the nation's biggest news organizations so long to take seriously the accusations against the late Jeffrey Epstein? Allegations about his behavior go back more than a decade. Source link Veterans In Defense Of Liberty - Vidol