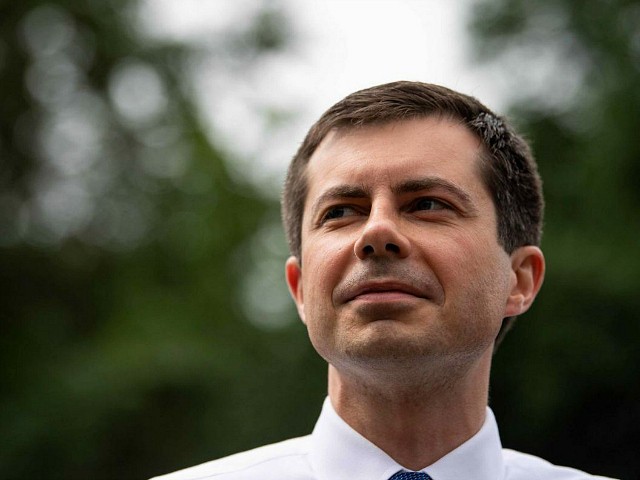 South Bend Mayor Pete Buttigieg said it’s “almost certain” he would not be the first gay man to serve as president of the United States if elected in 2020.

Buttigieg made the comment on Sunday during an interview with Axios on HBO when asked how he would respond to someone saying he was “too young, too liberal, [or] too gay to be commander-in-chief.”

“I’ll respond by explaining where I want to lead this country,” the Democrat hopeful said. “People will elect the person who will make the best president.”

When asked by the show’s host, Mike Allen, if he believed that America already “had a gay commander-in-chief” in the past, Buttigieg said, “statistically, it’s almost certain.” He added, however, that he wasn’t able to identify which of the 44 Oval Office occupants might have been gay.

“My gaydar even doesn’t work that well in the present, let alone retroactively,” Buttigieg said. “But one can only assume that’s the case.”

According to a 2018 survey by Gallup, 4.5 percent of America’s more than 327 million population identified as gay, lesbian, bisexual, or transgender.

Buttigieg’s sexuality has been a frequent topic on the campaign trail, especially in defense of his lack of political experience.

“I’m a gay man from Indiana, I know how to deal with a bully,” Buttigieg said in February when asked if he was capable of going toe-to-toe with President Donald Trump in a general election.

Share This Post
Like it? Vote it up!
00
Previous ArticleSarah Sanders, Washington's Worst CommunicatorNext ArticleObama/Biden’s Disatrous ‘Strategic Patience’ Doctrine
You May Also Like
In your face! Police use snake to get confession
February 12, 2019
Idaho Woman Accused of $35,000 Food Stamp, Medicaid Fraud
March 30, 2019
Mueller Delivered a Message–DC Can't Agree on What It Was
May 30, 2019
The Fed Hurts Farmers More Than China Does
May 30, 2019
It’s ‘Almost Certain’ America Has Had a Gay President Before
June 17, 2019
Fatal Flaw for Russia Probe: Trump Was Falsely Accused
May 30, 2019

AP Photo/Charles Rex ArbogastIn a recent Iowa speech former U.S. Vice President and Democrat presidential aspirant Joe Biden claimed President Donald Trump and his policies are an existential threat to Americans. It seems quite odd that he would say such a thing, especially...Read Full Article » Source link Veterans In Defense

She wasn't spicy like Sean or hopeful like Hicks, but she was the perfect spokeswoman for a perfectly lazy and dishonest president Source link Veterans In Defense Of Liberty - Vidol