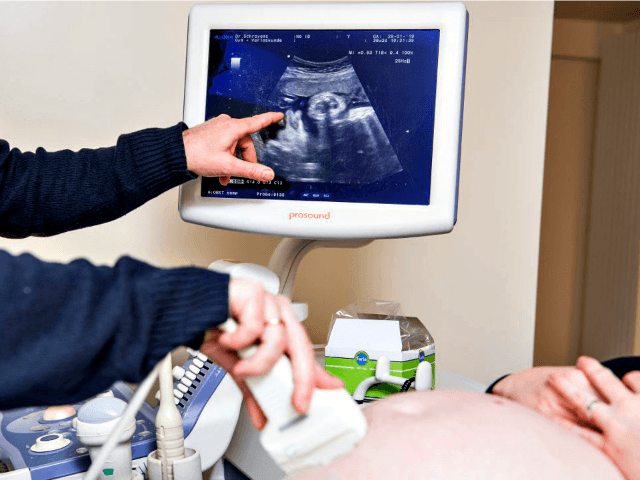 A federal judge in Ohio has issued a preliminary injunction, blocking the state’s “heartbeat” law from going into effect.

“This Court concludes that S.B. 23 [the “heartbeat” law] places an ‘undue burden’ on a woman’s right to choose a pre-viability abortion, and, under Casey, Plaintiffs are certain to succeed on the merits of their claim,” Barrett wrote.

The judge added that enforcement of the law “will have the effect of preventing nearly all abortions in Ohio” and would “inflict irreparable harm” on women.

“One could characterize the obstacle Ohio women will face as not merely ‘substantial,’ but, rather, ‘insurmountable,’” as a result of enforcement of the law, Barrett said.

“Today the court has upheld the clear law: women in Ohio (and across the nation) have the constitutional right to make this deeply personal decision about their own bodies without interference from the state,” said Freda Levenson, ACLU of Ohio legal director, said in a statement.

Kersha Deibel, president and CEO of Planned Parenthood Southwest Ohio, said, in issuing a preliminary injunction, “the court saw through this blatant attempt to cut Ohioans off from access to reproductive health care and ban safe, legal abortion in the state.”

Ohio Gov. Mike DeWine (R) signed the bill into law in April. The law, which was scheduled to take effect next week, bans abortions once a fetal heartbeat can be detected, usually at the sixth or seventh week of pregnancy. It makes no exceptions for pregnancies resulting from rape or incest.

“The government’s role should be to protect life from the beginning to the end,” DeWine said upon signing the bill:

“The government’s role should be to protect life from the beginning to the end,” DeWine said.

The American Civil Liberties Union (ACLU) of Ohio, however, announced a challenge to the law on behalf of two Planned Parenthood affiliates and Preterm-Cleveland — another abortion clinic — even prior to the governor’s signature on the bill.

When asked about the challenge to the law, DeWine responded it is a “time-honored, constitutional tradition” to pass laws that challenge a precedent set by the U.S. Supreme Court.

The legislation’s supporters welcome the challenge, hoping the case will ultimately be heard by the U.S. Supreme Court. The aim would be a reversal of the 1973 decision in Roe v. Wade, which created a right to abortion when none existed in the Constitution.

The Ohio law would make it a fifth-degree felony for an abortionist to proceed with an abortion after a heartbeat is detected or to neglect to test for a heartbeat. Abortionists who fail to comply with the law could receive a $2,000 fine and up to a year in prison.

Additionally, the state’s medical board could rescind the license of an abortionist who defies the law and fine the doctor another $20,000 to be given to a fund that supports adoption and foster care services.

Similar “heartbeat” legislation has been passed in other states, including Iowa, North Dakota, Kentucky, Mississippi, Alabama, and Georgia.

President Trump’s critics spent much of this week handwringing over his request to put two tanks on the National Mall as part of his Fourth of July extravaganza to celebrate the U.S. armed forces. As part of the celebration, which will include military flyovers and performances from each military branch, Trump

Never-Trump Republicans Have a Choice to Make