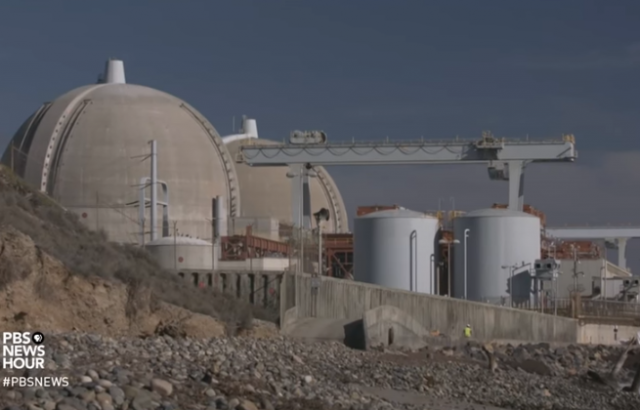 Tennessee Senator Lamar Alexander (R) is offering his own “New Manhattan Project” as an alternative to the “Green New Deal” to provide Americans with renewable, “clean energy” options.

Alexander issued a statement this week proposing “One Republican’s response to climate change: a New Manhattan Project for Clean Energy” in which he acknowledged “climate change is real” and man-made — a concept increasingly mocked by many members of the GOP, including President Donald Trump. The Tennessee Republican’s plan would double federal funding for energy research and focus on a tangible set of “Ten Grand Challenges” to increase and reduce the cost of clean energy.

The “New Manhattan Project” proposal touts American innovation and progress in reducing greenhouse gases and carbon emissions while also labeling China, India and other developing countries as “the problem,” according to Alexander’s statement and Fox News op-ed published Monday. The proposal pursues a “green energy dream” that includes greener buildings, cheaper solar power and the capturing of carbon — a technology that can harness the CO2 emissions produced by using fossil fuels for electricity generation and industrial processes, thus preventing the carbon dioxide from entering the earth’s atmosphere.

While I disagree with him that climate-change is man-made, I am for “all options on the table” when it comes to creating energy for this country. Alexander’s proposal includes the doubling of federal funding for energy research.

He said the Democrats’ Green New Deal is basically “an assault” on cars, livestock, and fuels that are burned to provide energy.

“And with nuclear power available, its strategy for fighting climate change with windmills makes as much sense as going to war in sailboats,” he said.

Energy Secretary Rick Perry is interested in pursuing the idea, and the proposal is finding supporters on the other side of the aisle as well.

“It’s a step in the right direction,” Perry said in response to a question from Sen. Tom Udall (D-N.M.) on whether he supports Alexander’s action plan. “Obviously without seeing all the crossed t’s and dotted i’s, I, generally speaking, don’t mind going down the road with Lamar Alexander.”

…The effort earned praise from Democrats on the committee, like [Sen. Tom Udall (D-N.M.)], who saw the outline as a serious Republican approach to climate change that was lacking throughout the Green New Deal debate.

The timing may be excellent in terms of reworking nuclear power options. Nuclear scientists are looking to the designs abandoned in the 1970s, to develop a new kind of reactor that is safer, cleaner, and cheaper than current ones.

Physicist Troels Schönfeldt recounts the new approach, based in technology developed 40-50 years ago, which came out of discussions over “beer and nuclear” meetups after the 2011 Fukishima disaster.

…[T]he beer-and-nuclear group found that one such design, the molten salt reactor, had a simplicity, elegance and, well, weirdness that especially appealed.

The weird bit was that word “molten,” says Schönfeldt: Every other reactor design in history had used fuel that’s solid, not liquid. This thing was basically a pot of hot nuclear soup. The recipe called for taking a mix of salts — compounds whose molecules are held together electrostatically, the way sodium and chloride ions are in table salt — and heating them up until they melted.

This gave you a clear, hot liquid that was about the consistency of water. Then you stirred in a salt such as uranium tetrafluoride, which produced a lovely green tint, and let the uranium undergo nuclear fission right there in the melt — a reaction that would not only keep the salts nice and hot, but could power a city or two besides.

…[T]he beer-and-nuclear group realized, the liquid nature of the fuel meant that they could potentially build molten salt reactors that were cheap enough for poor countries to buy; compact enough to deliver on a flatbed truck; green enough to burn our existing stockpiles of nuclear waste instead of generating more — and safe enough to put in cities and factories. That’s because Fukushima-style meltdowns would be physically impossible in a mix that’s molten already. Better still, these reactors would be proliferation resistant, because their hot, liquid contents would be very hard for rogue states or terrorists to hijack for making nuclear weapons.

Molten salt reactors might just turn nuclear power into the greenest energy source on the planet.

It seems to me that the “Green Nuclear Deal” makes more sense than the “Green New Deal.” Cheap and efficient energy is always good, no matter the motivation for its development.

The Worse Things Are, the Better They Are for Trump
April 3, 2019

On this weekend’s broadcast of “Fox News Sunday,” Rep. Ben Ray Lujan (D-NM) accused President Donald Trump of creating a “humanitarian crisis” at the U.S.-Mexico border. Lujan said, “Look, this is not the national security crisis that the president continues to Source link Veterans In Defense Of Liberty - Vidol

I Have the Proof of Russian Collusion...

I Have the Proof of Russian Collusion... View Reddit by undue-influence - View Source