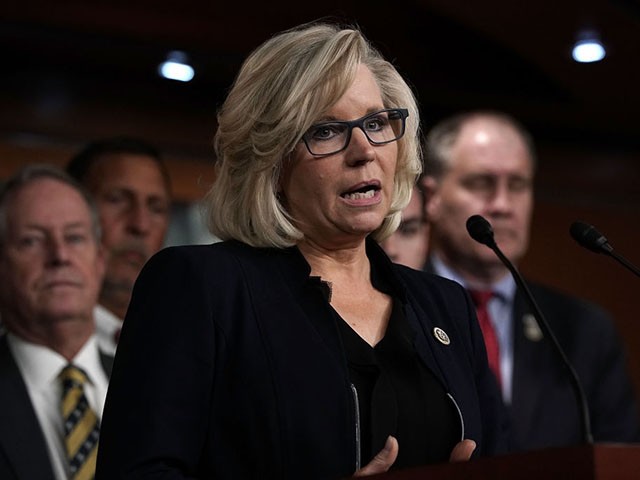 NBC “Today” host Savannah Guthrie sat down with Rep. Liz Cheney (R-WY) to discuss her ouster as chairwoman of the House Republican Conference over her opposition to former President Donald Trump.

Guthrie asked Cheney if she intends to run for president. The Republican lawmaker from Wyoming said she would do “whatever it takes” to keep Trump from being elected again.

“I think that it is the most important issue that we are facing right now as a country, and we’re facing a huge array of issues, so he must not ever again be anywhere close to the Oval Office,” she emphasized.

Guthrie pressed Cheney on running for president, to which Cheney followed up, “Right now, I am very focused on making sure that our party becomes again a party that stands for truth and stands for fundamental principles that are conservative and mostly stands for the Constitution, and I won’t let a former president or anybody else unravel the democracy.”

“Whatever it takes?” asked Guthrie.

Cheney responded, “Whatever it takes.”

The congresswoman later asserted that she will “absolutely” run for reelection and can “absolutely” win, despite pushback from members of her own party.

Guthrie pointed out that Trump and his team are working on getting a candidate to primary her in Wyoming, but Cheney challenged them to “bring it on.”

“You know, bring it on,” Cheney declared. “As I said, if they think that they’re going to come into Wyoming and make the argument that the people of Wyoming should vote for someone who is loyal to Donald Trump over somebody who’s loyal to the Constitution, I welcome that debate, and I look forward to having that debate for the next 18 months.”

Share This Post
Like it? Vote it up!
00
Previous ArticleHis 2024 Slogan: “Why Do We Fall, Sir? So That We Can Learn To Pick Ourselves Up.”Next Article‘I Can Use My Own Judgment’ on Receiving Holy Communion
You May Also Like

Trump Is Seeking a Broad Coalition in the Middle East
October 11, 2019

‘I Can Use My Own Judgment’ on Receiving Holy Communion

House Speaker Nancy Pelosi (D-CA) said during her press briefing Thursday she can use her “own judgment” regarding the decision to receive Holy Communion, in light of the controversy over the fact that she supports legalized abortion and legislation to help more women obtain abortions. CNSNews.com noted Pelosi’s response to a

His 2024 Slogan: "Why Do We Fall, Sir? So That We Can Learn To Pick Ourselves Up." View Reddit by AtlantisTempest - View Source