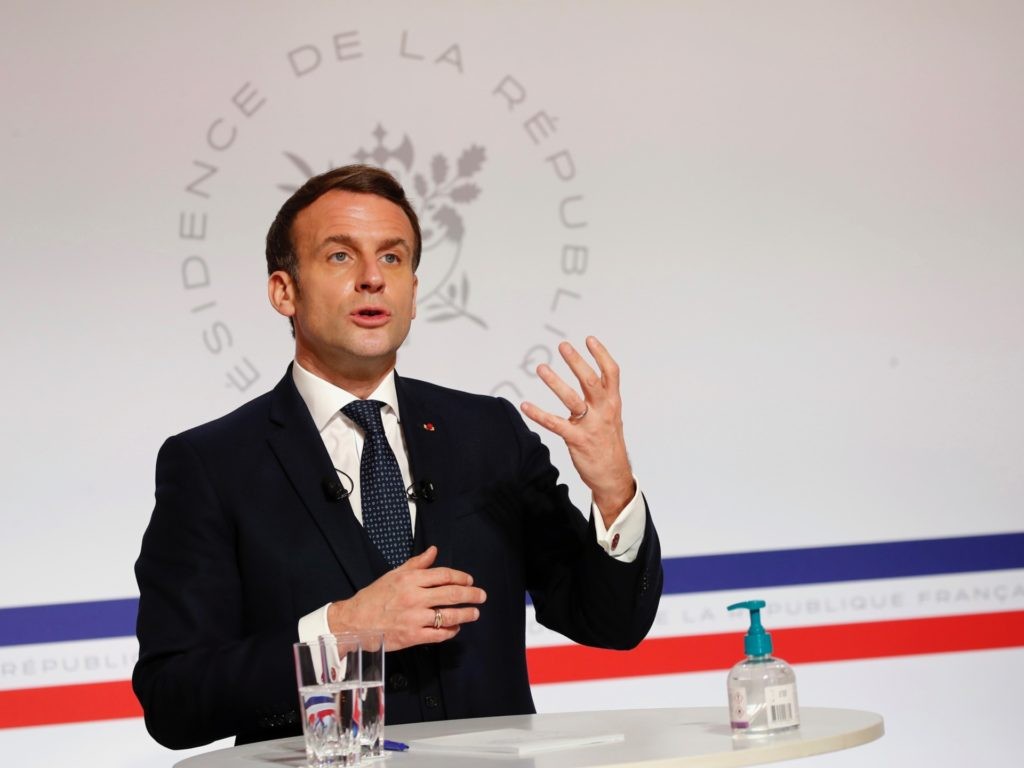 At the World Economic Forum’s (WEF) virtual Davos Agenda summit on Tuesday, French President Emmanuel Macron declared that in the wake of the Chinese coronavirus modern capitalism “can no longer work”.

Appearing before a question and answer session conducted with ‘Great Reset’ architect and founder-chairman of the WEF, Klaus Schwab, Mr Macron said that while capitalism has historically driven down poverty globally, he claimed that it came with the cost of furthering inequality.

“We will get out of this pandemic only with an economy that thinks more about fighting inequalities,” Macron said.

“The capitalist model together with this open economy can no longer work in this environment,” he added.

The French president pronounced that capitalism has resulted in a “deep moral and economic crisis” in which “hundreds and thousands of people throughout the world had this feeling of losing their usefulness.”

Macron said there were “two kings in this system—shareholders and consumers,” and that capitalism has failed to support labourers and has been detrimental to the environment.

Mr Marcon — who has been seen largely as an economically neo-liberal leader — went on to claim that the world needs to “move beyond” the hostility towards state intervention into the economy and that companies must be bound by the responsibilities of alleviating economic inequality and reducing their alleged impact on the climate.

He argued that for the “economy of tomorrow” to succeed, businesses must balance competitiveness with fighting supposedly man-made climate change and reducing Carbon Dioxide emissions.

Macron went on to express his gratitude for President Joe Biden’s decision to rejoin the Paris Climate Accords — which the United States left under the leadership of former President Trump — yet called for leaders to “revise upwards” their green agenda goals.

For many years, the annual Davos cavalcade of private jets and limousines was something of a joke: ‘billionaires coming to tell millionaires how ordinary people should live.’ Nothing has changed, says @JamesDelingpole herehttps://t.co/o3NBrp458Y

The calls to reshape the economic order in the wake of the Chinese coronavirus were seconded by President of the European Commission Ursula von der Leyen, who said: “We must learn from this crisis. We have to change the way we live and do business to be able to keep what we value and hold dear.”

German Chancellor Angela Merkel took the opportunity to call for more globalism post-pandemic, saying that the coronavirus shows “how much we are interlinked, how globally interdependent,” the world is and that “trying to isolate yourself fails.”

While Mr Macron did not lay out any firm policy proposals to reshape capitalism, he did endorse the model of ‘Stakeholder capitalism‘, promoted by Klaus Schwab, which calls for “shared prosperity and equitable growth, based on sustainable production and consumption.”

The WEF has said that governments across the world should adopt more socialist-style policies such as wealth taxes and heavy-handed regulations on businesses, as well as introducing giant Green New Deal type policies.

Laying out the ‘Great Reset’ in June of last year, Shwab used the excuse of the Chinese coronavirus crisis to declare that the “world must act jointly and swiftly to revamp all aspects of our societies and economies” and that there is a need for a “Great Reset of capitalism“.

Delingpole: The Great Reset Is Trending. Here’s Why… https://t.co/rm9ycZCSfT

Some Native Americans took issue with pop star Jennifer Lopez performing the song “This Land is Your Land” at Joe Biden’s Inauguration on Wednesday, one saying “I love J.Lo — it wasn’t super disappointing that she sang it, but I was like, ‘Oh, why did that have to be on the list of