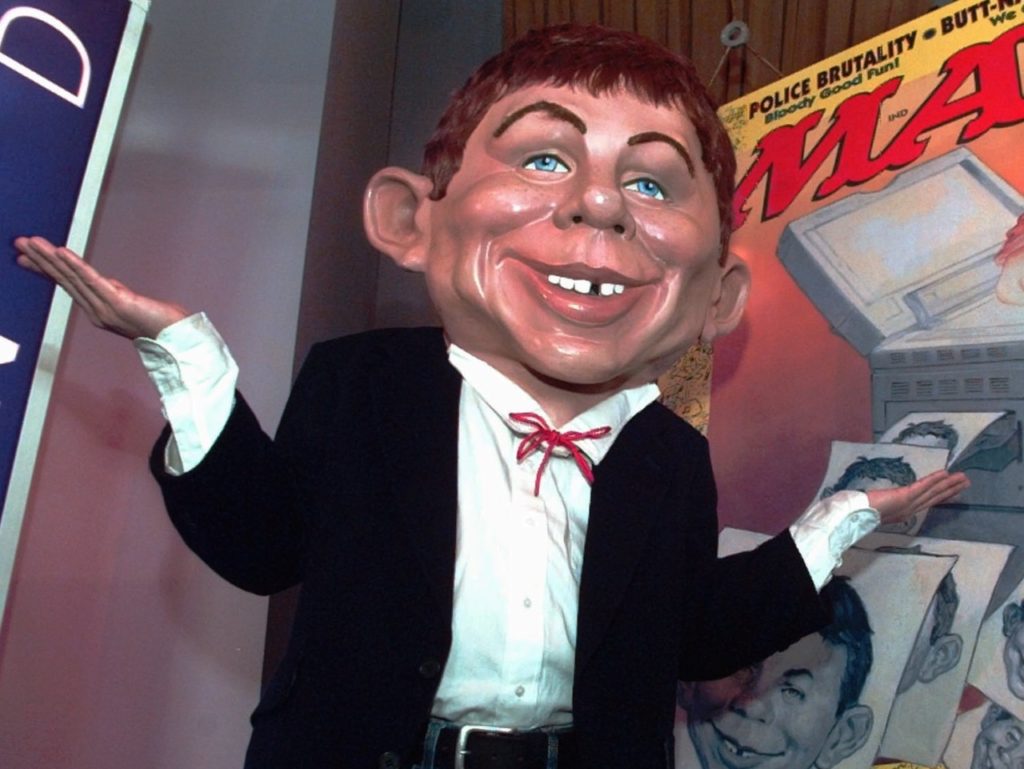 MAD magazine has declared war on Democratic presidential candidate Pete Buttigieg after he slighted the humorous publication on Friday, saying he did not recognize the iconic “Alfred E. Neuman” character and that he had to look it up on Google.

President Donald Trump compared Buttigieg to Alfred E. Neuman in an interview with Politico published Friday, saying: “Alfred E. Neuman cannot become president of the United States.” When asked to respond to the insult, Buttigieg replied: “I’ll be honest. I had to Google that. I guess it’s just a generational thing. I didn’t get the reference.”

In response, MAD — which has hardly shied away from mocking Trump — took on Buttigieg directly, tweeting:

Who’s Pete Buttigieg? Must be a generational thing.

In addition, the magazine retweeted a critic of Buttigieg (and Trump):

I’m 37, I grew up reading Mad Magazine and buying it (cheap!) At the newsstands. It’s not a generational thing, Mayor Pete just somehow missed a major cultural landmark of the last 50 years. And Trump is an idiot. https://t.co/gaoCLFWlic

The magazine also changed its Twitter profile, describing itself as: “Historic comedy institution with Mayor Pete on the cover.”

Buttigieg, the mayor of South Bend, Indiana, has found traction in Silicon Valley, where Alfred E. Neuman is likely quite familiar among the tech community as a comic brand.

Politico noted that then-candidate Sen. Barack Obama (D-IL) referred to Alfred E. Neuman in poking fun at his own appearance in a speech at the Alfred E. Smith Memorial Foundation Dinner in New York during the 2008 presidential election: “There is no other crowd in America that I’d rather be palling around with right now,” he said. “It is often said that I share the politics of Alfred E. Smith and the ears of Alfred E. Neuman.”

By insulting MAD to target Trump, Buttigieg risks a fight with a popular satirical publication — never a place an aspiring candidate in a crowded field of competitors wants to be.

Trump tends to use nicknames and insults to ridicule his opponents — often experimenting with different versions before settling on one for each adversary. For example, he began referring to former Vice President Joe Biden as “Sleepy Joe,” though he modified that last week to “SleepyCreepy Joe” in a tweet about Biden’s high poll numbers.

Bridging the Religious-Secular Divide | RealClearPolitics
May 19, 2019

Yankees fans are calling for a boycott in response to the team's banning of Kate Smith's version of God Bless America. The team ditched the late singer's rendition after a they learned Smith had also sung some controversial songs about blacks back in the 1930s. Source link Veterans In Defense Of

It's important to uphold the constitution through impeachment - even if it goes nowhere, even if it's unpopular with many voters, even if it's politically risky Source link Veterans In Defense Of Liberty - Vidol