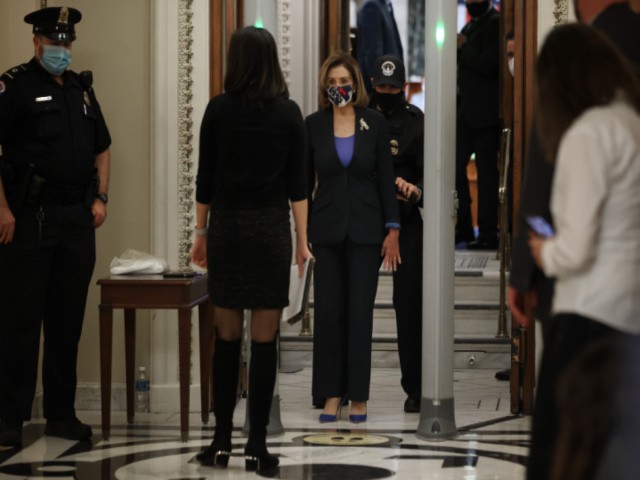 A majority of U.S. likely voters believe the $1.9 trillion coronavirus relief bill passed by Congress and signed by President Biden benefits blue states “at the expense of Republican-led ones,” a Rasmussen Reports survey released Friday revealed.

The survey, taken March 10-11 among 1,000 likely U.S. voters, asked respondents whether they agreed or disagreed with the following statement: “The $1.9 trillion COVID-19 relief bill “will overwhelmingly benefit Democrat-run states at the expense of Republican-led ones.”

Overall, a slight majority, 51 percent, agreed with that statement, followed by 36 percent who disagreed, and 13 percent who remained unsure.

Not one Republican in the House approved of the measure, with many noting the vast majority of the bill provided funds for liberal pet projects rather than matters related to public health.

But it gives San Francisco $600 million, essentially wiping out 92 percent of their budget deficit. In both the House and Senate, the only bipartisan vote has been against it. And after 5 relief bills, it is on track to be the first passed by strictly party lines. Republicans have said that the bill before us today is costly, corrupt, and liberal. Now, even the Biden White House agrees: it is very liberal. They called it the ‘most progressive piece of legislation in history.’ So let’s be clear: This isn’t a rescue bill. It isn’t a relief bill. It’s a laundry list of leftwing priorities that predate the pandemic and do not meet the needs of American families.

Speaker Nancy Pelosi (D-CA) on Thursday likened the massive bill to the Affordable Care Act (ACA) in terms of significance, describing it as “historic,” “monumental,” and “consequential.”

Trump Calls Off Talks After Pelosi Accuses Him of Cover-Up
May 22, 2019