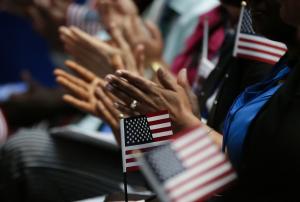 In a Hill-HarrisX poll published on Tuesday, 60% of respondents said that a citizenship question should be included in the coming 2020 census.

The majority of Americans polled believe that the next U.S. Census should include the question of legal citizenship, “even if it means fewer people might fill out the questionnaire.” Only 20% oppose the idea, while 19% remain unsure.

The Trump administration has defended the controversial idea since its announcement by Commerce Secretary Wilbur Ross. Just last Wednesday, Trump himself spoke out about the issue on Twitter, saying it was “a really big deal,” and that Americans “deserve to know.”

The American people deserve to know who is in this Country. Yesterday, the Supreme Court took up the Census Citizenship question, a really big deal. MAKE AMERICA GREAT AGAIN!

It appears that, in fact, the country largely shares his position.

The opposition has argued that including such a question would deter illegal immigrants from responding to the survey, which will make it more difficult to accurately allocate funds to communities in need. A government estimate suggests that roughly 6.5 million fewer people might participate.

The sudden change could also ripple through Congress, as the seats are based on official district populations. Yet despite the typical divisions along party lines, voters from all demographics — including both Black and Hispanic communities — supported the question by a clear majority. Even among Democrats, 49% supported the question; just 33% opposed it.

Was the Oldest Person Who Ever Lived a Fraud?
February 15, 2020
After Years of Stagnation, Wages Are Finally Rising
May 3, 2019

“Reputation is central to this case, and character traits [that are] unrelated to the issues are not. It is the community’s perception of a business and school that are important, not traits of an individual that are unrelated to the events that happened.” I attended court today as the lawyers argued