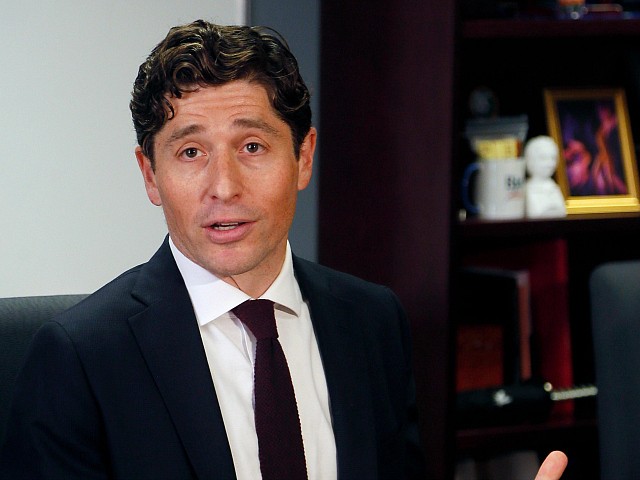 “This is an outrageous abuse of power by a liberal mayor trying to deny the rights of his own city’s residents just because he hates the President,” Trump campaign manager Brad Parscale said in a statement sent to reporters.

But the campaign threatened to sue the Target Center for a breach in contract, noting that Secret Service was in charge of security.

“This last-minute squeeze seems to be nothing but a pretextual political effort with serious First Amendment ramifications,” a letter read from the Trump campaign’s lawyer to the Target Center’s management firm.

Frey protested the news that Trump was planning to rally in Minneapolis.

“While there is no legal mechanism to prevent the president from visiting, his message of hatred will never be welcome in Minneapolis,” Frey said in a statement in September.

In 2009, President Barack Obama rallied at the Target Center, which led to an estimated $20,000 cost for additional security from the police chief, according to a report at the time.

“The Campaign cannot be in breach of an obligation it does not owe to AEG,” the letter continues. “Yet AEG’s failure to deliver the Target Center on October 9 would be a breach of contract.”

The mayor’s attempt to shut down a political event with high security fees is a tried and true tactic of the left.

The Trump campaign sent the letter Monday night as Frey was attending a playoff baseball game between the Minnesota Twins and the New York Yankees.

Nothing quite like cheering for the @Twins on an October night – at home.#MNTwins #YankeesTwins pic.twitter.com/PHPcnnvlf5

The rally is scheduled for Thursday night.

Share This Post
Like it? Vote it up!
00
Previous ArticleThe Fight Over California’s HomelessNext ArticleWhat the Presidential Candidates Are Missing: Economic Growth
You May Also Like
Deep State Blame Game: Loretta Lynch Contradicts Comey's Testimony on Clinton Email Investigation
May 28, 2019

What the Presidential Candidates Are Missing: Economic Growth

While running for president in 1960, John F. Kennedy campaigned against the moderate growth economy (2.5% annual GDP rise) in the last years of the Eisenhower administration. He appealed to Americans' highest aspirations by saying in his typical Boston drawl: "We can do bettah." JFK promised 4% and 5% rates

The Fight Over California's Homeless

AP Photo/Richard Vogel, FileTo homeless advocates, social service providers, many politicians and most journalists, it’s a humanitarian problem — a social tragedy of rapidly increasing numbers of men, women and families living without shelter, vulnerable to crime, disease and degradation. This state of affairs, they believe, is a “moral disaster.” Read