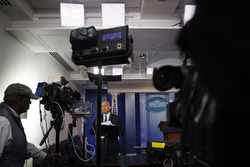 LAURA INGRAHAM: The media reaction to barr was what you would expect. Three outlets, particularly burned by the shifting Mueller narrative, were quick to paint the AG’s comments as purely political. CNN’s Manu Raju tweeting: “Barr’s comments here bound to please Trump.” “The Washington Post” Aaron Blake tweeting: “The use of ‘spying’ is obviously a loaded term and one Trump favors.” An MSNBC legal analyst Cynthia Oxney offered this: “I think that is crazy. Obviously, Barr feels the need to curry favor with Trump, and I don’t understand why a man of his standing and reputation would feel the need to count on to the president in such a way.”

Was Cynthia upset when old Eric Holder said he was Obama’s wingman? Here to react, Mollie Hemingway, senior editor at The Federalist. I’ve never seen anything like this, I call them the smear squads. It’s not just the cable talkers. You are seeing people like Leon Panetta and Chris Coons, reasonable people.

MOLLIE HEMINGWAY: It is interesting if you watch Attorney General Barr, he is so calm, so sober, so evenhanded. He is not saying anything extreme, just stating the facts as they are known, and contrary to what we just heard, there is no dispute about whether there was spying or not. That is a common way to describe what happened. They use multiple human informants. There were wiretaps and other electronic surveillance, there were national security letters. If it were about anything other than the Trump campaign, we would all acknowledge that is spying. That is a good word to use to sum up what was going on there.

The media can’t use that word because they were complicit in this operation in two ways. One, the perpetuated the Russia collusion hoax. They accepted these leaks. They were not critical about them at all. They claimed they had all these bombshells. On one side, they gave into the hoax. On the other hand, they never covered what was troubling about the actions by these federal agents, not just the FBI, but other agencies, to go against domestic political opponents.

LAURA INGRAHAM: They are supposed to be civil libertarians that care about American Civil Liberties Union, the ACLU should have been leading the charge for Americans’ privacy.

MOLLIE HEMINGWAY: There are a lot of people that should care about this but are unable to because they are obsessed with hating Trump.

LAURA INGRAHAM: Your friend, [former CIA director John] Brennan, until 5 minutes before the report came out, was still basically saying that Putin was spooning with Trump. He said this today.

JOHN BRENNAN: Over the past several weeks, I have been very disappointed in Attorney General Barr. I had higher expectations for him. He shaped the narrative after the Mueller report. He, in fact, also had a testimony today that I think was very carefully nuanced as a way to try to support Donald Trump’s positions. He acted more like a personal lawyer for Donald Trump today, rather than the Attorney General.

LAURA INGRAHAM: You wrote today in “The Federalist,” he actually briefed — Brennan briefed Harry Reid on this ongoing operation. A lot of people don’t know that, tell us.

MOLLIE HEMINGWAY: He separately briefed Harry Reid from the rest of the gang of eight. Harry Reid said he understood he was getting a separate briefing so he could publicize the Russia investigation during the 2016 campaign. People who care about election meddling should care about that story. We haven’t really even begun to investigate how Brennan, Clapper, other intel chiefs were involved in this narrative, not just during the election but also the first two years of the administration.

There is truth in what he says there, he’s troubled by Barr going against the narrative that they set. They put a lot of work into a narrative that is being blown up just by people saying obvious facts, such as, that what was spying and we should make sure we don’t do this against domestic political opponents. I get the feeling Barr is the adult who came in and said, okay, you’ve had your games, we are going to try to restore the credibility of the FBI and Department of Justice now.

LAURA INGRAHAM: Conservatives really believe this was an effort to take down Trump, before and after the election, but now it hasn’t worked so now they have to take down Barr. They have to clear the decks of anyone, almost deprive Trump of a staff.

MOLLIE HEMINGWAY: Of having an Attorney General? Which is a threat to the constitutional republic because we believe that we have political accountability for agencies.

Trump’s Obama Envy Is Getting Even Worse
August 27, 2019
Trump Makes Dayton and El Paso Visits About Him
August 9, 2019
Israeli lunar lander speeding towards touch down
March 10, 2019

AP Photo/Jacquelyn MartinOnce again, President Trump has hit upon a supposedly controversial proposal that has caused the entire herd of fainting goats in the Washington press corps to collapse in fevered panting and jerky spasms. And, once again, the idea is simple, logical and genius.Read Full Article » Source link Veterans

Barr Is Setting a Dangerous Precedent at DOJ

Attorney General William Barr has faced harsh criticism for his problematic treatment of the Mueller report, which some have suggested appeared to be calculated to benefit the president. Source link Veterans In Defense Of Liberty - Vidol