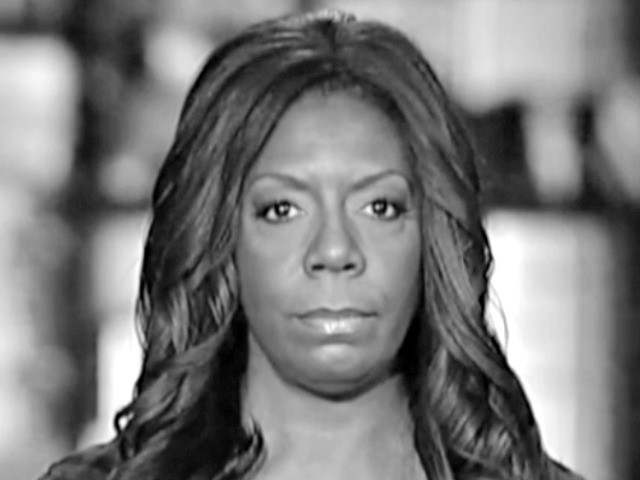 Kiron Skinner, a top State Department official and respected black foreign policy scholar, was fired earlier this month, but exactly why she was fired remains something of a mystery.

Immediately after she was fired, Politico published a piece citing anonymous sources that blamed her “abusive” management style, including “making homophobic remarks” and accusing people of having affairs.

However, in the days since, supporters of Skinner have claimed there were other reasons behind her firing.

One former senior administration official said Skinner was targeted because she was determined to implement President Trump’s America First agenda at the agency, and because she had a powerful position as head of policy planning.

“The entire building wanted her gone,” the former official said.

The former official said the complaints about her using homophobic language were “absolutely inaccurate.”

“It’s the same exact thing they do to a lot of people in the administration, including the president. They can’t call her a racist, so they call her homophobic,” the former official said.

As far as who wanted her gone — half a dozen sources tell Breitbart News it was a mixture of appointees and career officials.

It was not a secret within the department that Skinner butted heads with Mary Kissel, a senior adviser on policy and strategic messaging for Secretary of State Michael Pompeo.

But one source said Kissel did not have the power to get her fired, and that Skinner had mismanaged her department to the point where staffers were threatening to quit if she was not removed.

It is unclear exactly who those staffers are who threatened to quit, but Politico reported it was “several” people. Sources said it was a combination of disgruntled career officials but also some other Trump appointees.

Another source said Skinner made controversial moves shortly after she arrived, such as firing people and hiring new people — which did not endear her to anyone.

She wanted to bring in scholars who had actual expertise on a region and could speak the region’s language, versus promoting State Department officials into those positions, which may have ruffled some feathers.

The source also said she had an unconventional personality that some may have found off-putting, but nothing to the level of deserving to be fired in this manner. Normally, an official of her position and stature is given weeks to leave, the source said.

Skinner’s supporters are said to be furious over her firing, particularly about rumors that she was escorted out of the building by plainclothes security guards.

“It’s extremely unusual. When is the last time anyone has been marched out of the building?” the former senior official said.

Rice could not be reached for a comment, but James said in a statement, “Unfortunately, this isn’t the first time I’ve seen what happened to Dr. Skinner play out in Washington.”

“I’ve only known her to be of the highest character,” James said. “Our country is better off because of her tireless work on behalf of America.”

The former senior official said the Trump administration was lucky to have Skinner at the State Department, who allegedly took a pay cut to work there.

Before coming to State in September 2018, Skinner was a professor at Carnegie Mellon University and a senior fellow at Stanford University’s Hoover Institution. She advised Newt Gingrich and then Mitt Romney on their 2012 presidential runs.

She first became known in the foreign policy world for ground-breaking research on Ronald Reagan, writing two best-selling books on him. She served on the Trump transition team for national security.

Known for her intellectual creativity, Skinner was a staunch supporter of Trump’s foreign policy agenda and had argued against elitism in foreign affairs. She wrote in Forbes in March 2016:

It is a kind of man-on-the-street wisdom that Trump is bringing to the foreign policy debate—albeit with all kinds of politically incorrect language. Foreign policy elites have long thought world affairs was their unique domain, but Trump isn’t on board.

She backed the Trump administration’s hardline policies against China, and was working on what the the U.S.’s long-term policy towards China should be.

She recently came into the crosshairs of the administration’s critics after making remarks at a think tank event that establishment foreign policy types found controversial.

Skinner, in describing the U.S.’s challenge with China, said it was the first time a great power competitor was not “Caucasian,” which would require new thinking. However, Trump critics claimed her comments were “racist.”

That criticism may have contributed to her ouster, said the former senior official, who claimed the State Department was filled with establishment types the American public never voted for.

“If you look across the administration’s foreign policy leadership, it’s hard to find where original supporters of Trump’s promises and policies would have a place,” the former official said.

The former official also said the message sent with Skinner’s firing was that political appointees “better not think they work for the White House or Trump. Don’t fight with the careers, don’t make waves.”

Skinner declined to comment for this article, but some of her supporters are speaking out.

Shultz, the 60th Secretary of State, said he has known Skinner for three decades. “Beyond her scholarly capabilities, Kiron adheres steadfastly to the principles of honesty and integrity,” he added.

Niall Ferguson, senior fellow at the Hoover Institution, said he was “very disappointed” to hear about Skinner’s departure. “Having known her as a Hoover Institution colleague for more than a decade, I have never known her to be anything but cool, calm and collected,” he said.

Carnegie Mellon University’s Dr. Scott A. Sandage said when he was taking a public stand as an openly gay professor advocating for domestic partner benefits at the university in Fall 1999, Skinner knocked on his office door to introduce herself and lend support.

“In the years since, she has been a gracious colleague — and an especially generous one who actively promoted my first book through her many media contacts,” he said.

Dr. Carol Goldburg, another Carnegie Mellon University professor, said she had never heard Skinner use language or behave in a way that could be considered discriminatory:

I have worked with Kiron Skinner for over ten years on the Carnegie Mellon campus. I have never observed language or behavior that could be considered discriminatory. As one of the few out lesbians on our campus, I am not tone deaf to even subtle forms of discrimination such as micro-aggressions, and can categorically state that Kiron Skinner does not engage in such behaviors.

Tad Taube, chairman of Taube Philanthropies, said in his two decades of knowing Skinner, “I never had occasion to witness the kind of allegations which prompted her termination by Secretary of State Pompeo.”

“Kiron is a strong yet gentle human being incapable of the alleged acts that brought her down. The country has lost a strong proponent of our heritage and our democracy,” he said.

The Israeli government decided Friday to allow Rep. Rashida Tlaib (D-MI) to enter the country to visit her Palestinian relatives in Judea and Samaria (the “West Bank”). Tlaib and Rep. Ilhan Omar (D-MN) were denied permission to enter the country, under a 2017 law that bars those who support boycotts of

The massacre in El Paso is the consequence of growing racist extremism in the United States. As president, Donald Trump's task should be that of uniting the country, but he himself has contributed to the climate of hate. Source link Veterans In Defense Of Liberty - Vidol