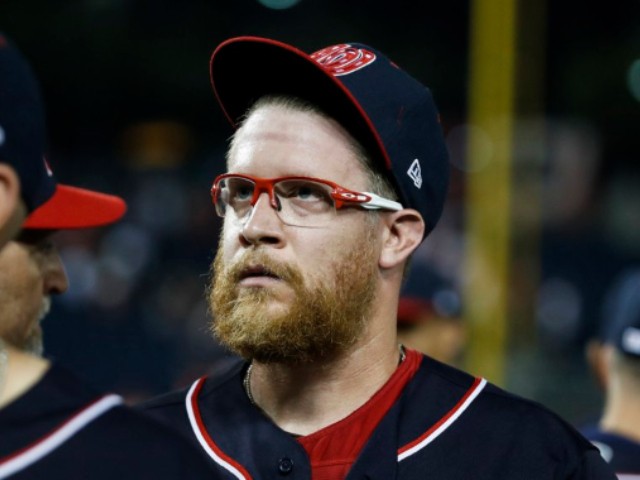 Washington Nationals relief pitcher Sean Doolittle has decided to skip the team’s visit to the White House to celebrate their World Series win, because he does not like the president’s rhetoric.

Doolittle insisted that Trump’s rhetoric “enabled” white supremacists and racists. ” That never really went away, but it feels like now people with those beliefs, they maybe feel a little bit more empowered. They feel like they have a path, maybe. I don’t want to hang out with somebody who talks like that,” he exclaimed.

The recent Nationals trade slammed Trump saying, “it has more to do with the divisive rhetoric and the enabling of conspiracy theories and widening the divide in this country.” Doolittle added, “My wife and I stand for inclusion and acceptance, and we’ve done work with refugees, people that come from, you know, the ‘sh*thole countries.’”

The left-hander has put actions to his support for refugees in the past. For instance, in 2015, when he was still with the Oakland A’s, he hosted Thanksgiving dinner for 17 Syrian families.

Doolittle has openly criticized Trump over and over again. He was particularly incensed when the media made false claims that Trump “mocked a reporter with a disability.” The president never mocked any reporter’s disability, but Doolittle swallowed the fake news hook-line-and-sinker and went on the attack against Trump over the incident.

“I have a brother-in-law who has autism, and (Trump) is a guy that mocked a disabled reporter,” Doolittle said. “How would I explain that to him that I hung out with somebody who mocked the way that he talked or the way that he moves his hands? I can’t get past that stuff.”

The pitcher had stayed off Twitter during the baseball season but jumped back on the social media platform to announce his decision to skip the White House visit. He soon heard from fans who scolded him for not respecting the office of the president.

“People say you should go because it’s about respecting the office of the president,” Doolittle said of the fan complaint. “And I think over the course of his time in office, he’s done a lot of things that maybe don’t respect the office.”

But also in reply to detractors, Doolittle claimed he “studied” other athletes who announced they would not attend their team’s White House visit. He told fans he “put thought into this and, at the end of the day, I just can’t go.

“I don’t want to get mad online, as they say,” he added. “I want people to know that I put thought into this, and at the end of the day, I just can’t go.

Share This Post
Like it? Vote it up!
00
Previous ArticleBeto O’Rourke’s Moment of TruthNext ArticleThe GOP Tax Cuts Didn't Work
You May Also Like
Accused Illegal Serial Killer Given Green Card After Overstaying Visa
May 29, 2019
Trump Says He Will Hike Tariffs to 25% on China Goods
May 5, 2019

Republicans said the reform would grow the economy by up to 6 percent, stimulate business investment, and pay for itself. None of that happened. Source link Veterans In Defense Of Liberty - Vidol

The dashing of Beto O'Rourke's presidential hopes can be traced, in our estimation, to one moment of truth. It wasn't his tendency to flap his arms, say, or his radical green agenda or his claim that he was born to be in the political frRead Full Article » Source link Veterans