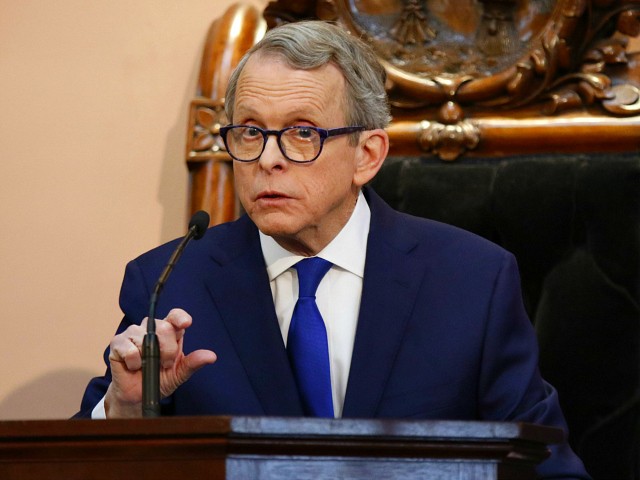 Ohio Gov. Mike DeWine (R) signed a bill into law Thursday that bans abortions once a fetal heartbeat can be detected.

“The signing of this bill today is consistent with that respect for life and the imperative to protect those who cannot protect themselves,” said the Republican governor, signing the bill in the presence of Republican lawmakers and pro-life advocates.

“The government’s role should be to protect life from the beginning to the end,” DeWine said.

The American Civil Liberties Union (ACLU) of Ohio, however, announced a challenge to the law on behalf of two Planned Parenthood affiliates and another women’s abortion clinic, even prior to the governor’s signature on the bill.

“This legislation is blatantly unconstitutional, and we will fight to the bitter end to ensure that this bill is permanently blocked,” said Freda Levenson, legal director of the ACLU, reported the Toledo Blade. “S.B. 23 is one of the most aggressive, oppressive, and radical attacks against women ever seen in this state and this country.”

.@JamiesonLG: ACLU came out today and said that they will sue #Ohio on this law and we said, ‘Bring it on.’ The heartbeat bill is going to be a really good vehicle to bring it to the #SupremeCourt and so we welcome the challenge. @ohiolife https://t.co/6qkKlNjllc

Attending the Heartbeat Bill signing today. Since 2011 this battle for life has been ongoing. Today, we take a step in preserving that sanctity. ⁦@MikeDeWine⁩ ⁦@LarryObhof⁩ ⁦@OHVotes4Life⁩ #BornBeforeAbortion pic.twitter.com/1NFsoWCQgY

When asked about the challenge to the law, DeWine responded it is a “time-honored, constitutional tradition” to pass laws that challenge a precedent set by the U.S. Supreme Court.

“We live in a country with great respect for the law,” the governor said. “We will respect the law, and we will respect what the courts decide … It is in that spirit that I signed this today.”

OH Atty Gen Dave @Yost4Ohio, who will have to defend ‘heartbeat’ bill in court, says: “Sometimes, the evolution of the law requires bold steps. In the last 46 years, the practice of medicine has changed … Even the point of viability has changed. Only the law has lagged behind.

The law, which is scheduled to take effect in 90 days, would make it a fifth-degree felony for an abortionist to proceed with an abortion after a heartbeat is detected or to neglect to test for a heartbeat. Abortionists who fail to comply with the law could receive a $2,000 fine and up to a year in prison.

Additionally, the state’s medical board could rescind the license of an abortionist who defies the law and fine the doctor another $20,000 to be given to a fund that supports adoption and foster care services.

The state legislature had already approved the “Heartbeat” measure in the past, but former Republican Gov. John Kasich vetoed the measure and the state Senate came up short one vote of the two-thirds majority needed to override his veto.

Ohio was successful in the courts with its anti-abortion legislation in March when a federal appeals court ruled the state may end taxpayer funding to Planned Parenthood because the organization performs abortions.

In that decision, Judge Jeffrey Sutton of the U.S. Court of Appeals for the Sixth Circuit wrote Ohio’s law to defund Planned Parenthood does “not violate a woman’s right to obtain an abortion,” that the state “has no obligation to pay for a woman’s abortion,” and that the law doesn’t impose “undue burden” on a woman’s access to an abortion.

Share This Post
Like it? Vote it up!
00
Previous ArticleTrump Jr. Slams Newsweek Over Deceptive Headline: 'You Lying POS'Next Article‘Liberal Coalition’ Silent on Environmental Impact of Immigration
You May Also Like
POTUS Amused by Louisiana Lt. Gov. Nungesser's Trump Socks
May 15, 2019

Did Mueller Help Saudi Arabia Cover Up Its Role in 9/11?
September 8, 2019
AF: Failure to Report Church Shooter ‘Was Not an Isolated Incident’
November 28, 2017

The “liberal coalition” is largely silent on the country’s rapid population growth caused nearly entirely by legal immigration and its impact on the environment, Center for Immigration Studies Director of Research Steve Camarota says. During an interview with SiriusXM Patriot’s Breitbart News Daily, Camarota said that while the political left has

Donald Trump Jr. put Newsweek on blast Thursday over a tweet which made it appear that he and Candace Owens defended Hitler. Source link Veterans In Defense Of Liberty - Vidol