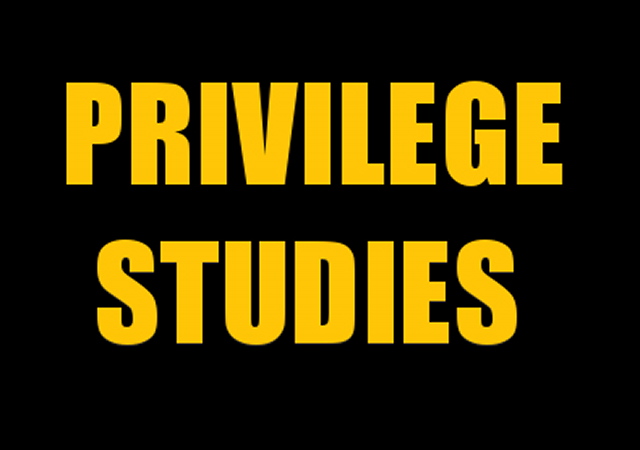 “Jewish, for instance, was rated as the most privileged religion . . . .”

Jewish students were told to add 25 points because Judaism is the most privileged religion. When do parents start suing over this type of garbage?

A class exercise asking students at Saratoga Springs High School to score their privileged status raised concerns among parents worried about the assignment’s underlying message and the use of offensive words.

Parents said it was harmful to have students score themselves on factors like “attractiveness,” “disability” and race, potentially reinforcing negative feelings, and some argued the assignment and the teacher unfairly singled out white male students as especially privileged.

“When we looked at that form, we felt a lot of terms on there could really be offensive to a lot of kids,” said a parent whose son was given the assignment. The parent didn’t want to be named out of concern it would draw attention to the parent’s children. “I felt like this lesson being pushed in the classroom is being more divisive than bringing kids together.”

At the end of the survey, students scoring negative 100 points or less were considered “very disprivileged,” while students who scored above 100 points were told to “check it daily” — as in check their privilege daily.

The worksheet also included outdated and offensive words and point tallies that appeared to play on cultural stereotypes. Jewish, for instance, was rated as the most privileged religion, earning a student 25 points compared to five points of privilege for a Christian student. A Muslim student lost 50 points under the activity.

Students were asked to score their privilege in a class exercise at Saratoga Springs HS. Jewish students were “awarded” 20 more privilege points than Christian students:https://t.co/xyqkhDf4c1

US public schools are pushing the notion of Jewish privilege months after #TreeofLife pic.twitter.com/OVx2RcoL00

Share This Post
Like it? Vote it up!
00
Previous ArticleGuatemalan Presidential Candidate Arrested in U.S. on Cartel Cocaine Trafficking ChargesNext ArticleWarren Calls for Trump Impeachment in Latest Desperate Gambit to Salvage Stalled Campaign
You May Also Like
GM CEO Takes Less than Half a Percent Pay Cut Despite Mass Layoffs
May 4, 2019
Gun Owners Outraged as New Zealand Government Refuses to Pay Full Price for Banned Firearms
June 23, 2019
Would Biden Be a Repeat of Kerry's 2004 Loss?
October 17, 2019

How wise is it to pressure House Speaker Nancy Pelosi on something she’s too smart to do? Senator Elizabeth Warren (D-MA) just can’t figure out how to get her stalled 2020 presidential campaign off the ground.  She’s struggling to raise money, is polling (a distant) third . . . in

A DEA investigation led to the arrest of a Guatemalan presidential candidate in Miami, Florida. The investigators allege that he conspired to provide assistance to the Sinaloa Cartel with importing planeloads of cocaine into the United States in exchange for millions of dollars for his failing presidential campaign. Source link Veterans