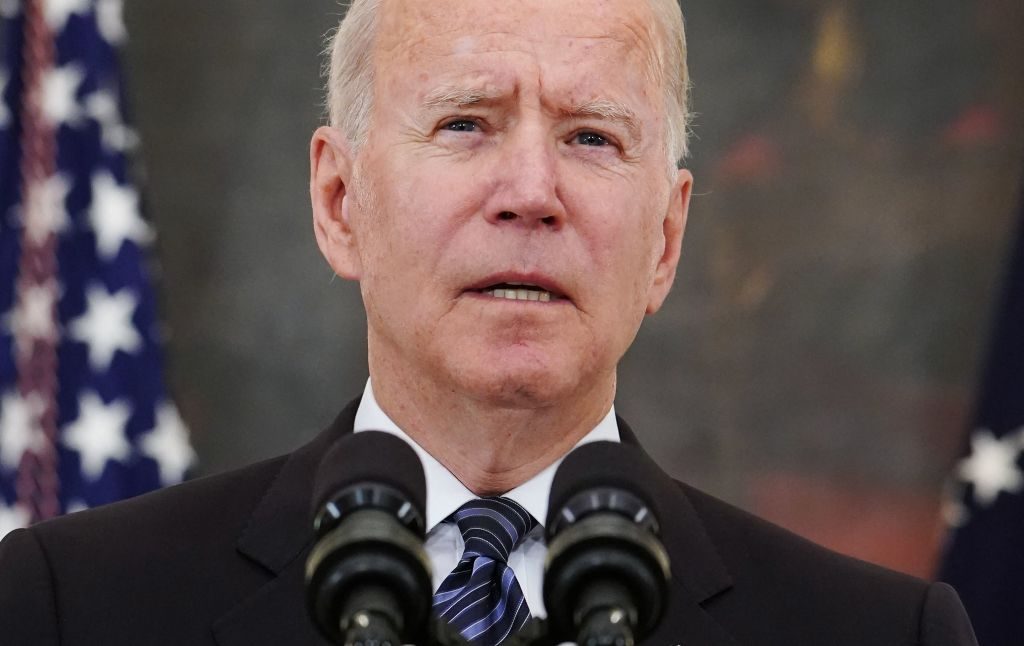 President Joe Biden delivered remarks Wednesday on the administration’s strategy to prevent gun crimes across the country when he said there is “a range of programs” he believes are needed to keep Americans from pulling the trigger.

A reporter asked Biden what he feels would be the “most effective thing that government can do to change the mindset of those who feel compelled to pull the triggers” of guns.

Biden said in response to the question that one could hope to change the mindset of people by “being engaged in a whole range of programs.”

He continued to say that involves “everything from mental health programs” to start engaging with people earlier on and “letting them know there’s other options.”

We need to be “making sure that when a child is young, they have access to real education, they get started off on the right foot,” Biden continued.

In addition, he said when someone gets out of prison, someone should be “making sure” they are not going to be “denied public housing” and therefore, “don’t have to go back under the bridge where they were living before, that they are able to get help for healthcare, et cetera.”

Most importantly Biden said we ought to be “Re-engaging them in the neighborhood, giving them some hope, some opportunity.”

President Biden says he thinks “a range of programs” for education, mental health and public housing are the most effective ways government can change the mindsets of people who commit gun violence https://t.co/AfTvxIBkOu pic.twitter.com/N9mmosEZcx

Share This Post
Like it? Vote it up!
00
Previous ArticleU.S. Trans Athlete Allegedly Talked About Exploding the ‘Head of a President’ with ‘Dynamite’Next ArticleParents, Activists Protest CRT at Texas School Board Meeting
You May Also Like
Liz Cheney to Potential Primary Opponents: ‘Bring It On’
May 13, 2021
Street Artist Sabo Lampoons Pete Buttigieg as Mad Magazine Cartoon Alfred E. Neuman
May 12, 2019

Parents and activists in Texas descended on the Fort Worth Independent School District’s (FWISD) school board meeting to protest Critical Race Theory (CRT) on Tuesday. Prior to the meeting, over 100 people marched to the district’s headquarters, according to Fox 4 News. Reporter Macy Jenkins shared footage of a speaker at the

U.S. Trans Athlete Allegedly Talked About Exploding the 'Head of a President' with 'Dynamite'

A transgender BMX freestyle rider and U.S. Olympic team alternate once allegedly made remarks about exploding the head of a president with dynamite, according to a report. In Facebook comments reported by conservative journalist Ian Miles Cheong, Chelsea Wolfe, who will be a part of Team USA in the Summer Olympics this year