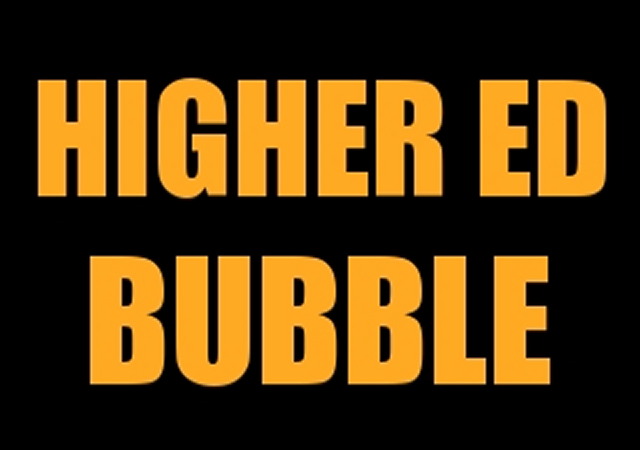 “The university’s new plan will be phased in over time and is not expected to impact current students.”

Wait until you see how they are reorganizing these departments. One of the headings is “Humanities and Social Justice.”

The University of Tulsa is preparing to undergo a dramatic downsizing of its College of Arts and Sciences, one that will completely eliminate the philosophy, religious studies, dramatic arts and some language degrees, among other cuts.

But the decision, unveiled earlier this month, has prompted both professors and students to protest.

On Friday, a “funeral” for the liberal arts was held. And a recently launched petition seeks to “save the heart and soul of University of Tulsa,” arguing the cuts are actually a result of financial mismanagement and they will negatively impact academic rigor at the school.

“[M]ore than 246 students at the University of Tulsa were just told by the administration’s actions that their majors are unimportant, inconsequential, and irrelevant. And that is unacceptable,” the petition states.

The university’s new plan will be phased in over time and is not expected to impact current students. It aims to offer interdisciplinary degrees and minors that will incorporate engineering, natural sciences, professional programs and arts and sciences studies into a combined “university studies” program.

The College of Arts and Sciences will be further reduced to solely include four interdisciplinary degree programs: “Fine Arts and Media,” “Humanities and Social Justice,” “Human Biology and Behavior,” and “Ecology, Environment, and Sustainability.”

The University of Tulsa just abolished its traditional departments, including Economics and PoliSci.

Share This Post
Like it? Vote it up!
00
Previous ArticleProfessor in Pennsylvania to Teach Conservative-Friendly Course on TrumpNext ArticleCher: Does Bernie Sanders Really Believe Child Molesters, Boston Bomber Deserve the Right to Vote
You May Also Like

Trump Is an Existential Threat to the Regime Party
December 23, 2019
Assault on America, Day 92: Why Conservatives cower in shadows at today’s liberal colleges
April 4, 2019

Pop star Cher questioned the wisdom of Sen. Bernie Sanders' (I-VT) recent declaration that felons, even terrorists, should have the right to vote. Source link Veterans In Defense Of Liberty - Vidol

Professor in Pennsylvania to Teach Conservative-Friendly Course on Trump

“Culture and Society in the Age of Trump” This could be a first. Over the last two years, we’ve noted numerous examples of colleges teaching anti-Trump courses, so this is refreshing. Campus Reform reports: EXCLUSIVE: Penn. prof teaching conservative-friendly Trump course A Pennsylvania professor claimed that university politics and sociology fields have been “hijacked