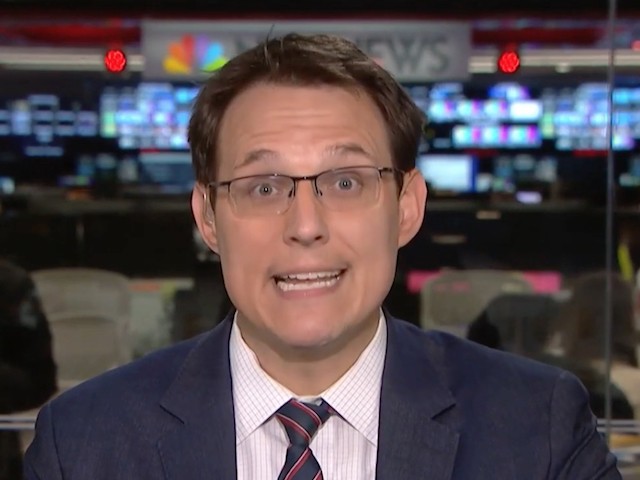 When the show returned, a visibly shocked Steve Kornacki had taken over the anchor spot.

Kornacki said, “That was a lot to take in just now, I’m sure. I’m sure you’re still absorbing that, and I am too.”

He continued, “Chris Matthews is a giant, a legend, it’s been an honor for me to work with him, to sit in here on occasion, and I know how much you meant to him, and I know how much he meant to you. And I think you’re going to miss him and I know I’m going to. We are not going to have any bells or whistles here. We do have to fill the rest of this hour. We are going to take a quick break and come back with today’s news.”

Recently, frequent MSNBC guest Laura Bassett alleged in an op-ed that Matthews made sexist comments to her off the air.

During his retirement announcement, Matthews explained, “After my conversation with NBC, I decided tonight will be my last ‘Hardball.’ I’ll tell you why. The younger generations are ready to take the reins. We see them in politics, in the media, in fighting for their causes. They are improving the workplace. We are talking about better standards than we grew up with, fair standards. A lot of it has to do with how we talk to each other. Compliments on a woman’s appearance some men, including me, might have once incorrectly thought were OK were never OK. Certainly not today. For making such comments in the past, I’m sorry.”

Jack Welch, &lsquo;Manager of the Century,' Dies at 84

Jack Welch, the champion of corporate efficiency who built General Electric Co. into one of the world's largest companies and influenced generations of business leaders, has died. He was 84. Source link Veterans In Defense Of Liberty - Vidol