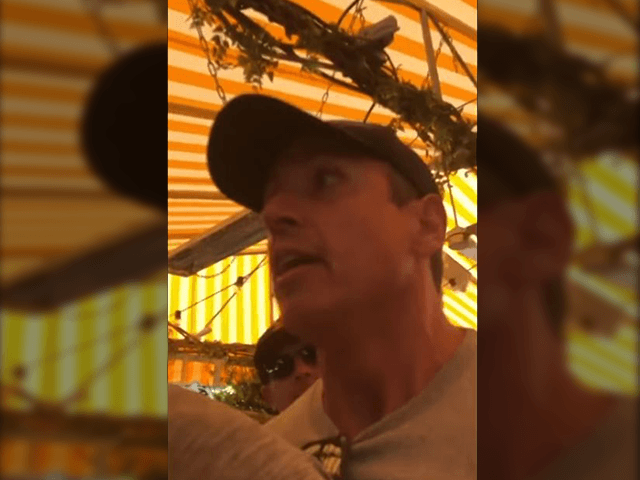 Google’s video-sharing platform YouTube removed footage of CNN host Chris Cuomo’s altercation with a man who called him “Fredo” for violating the site’s “bullying and harassment” policy. Following an inquiry from Breitbart News, the video has been reinstated, with Google saying in a statement: “sometimes we make the wrong call.”

Watch the reinstated video, posted by YouTuber “THAT’S THE POINT with Brandon:”

Google-owned video-sharing platform YouTube recently removed footage of an altercation between CNN host Chris Cuomo and a member of the public who referred to him as “Fredo,” a reference to the character from the film The Godfather. Breitbart News reporter Hannah Bleau described the altercation:

“No. Punk ass bitches on the right call me Fredo. My name is Chris Cuomo. I’m an anchor on CNN,” Cuomo said. “Fredo is from The Godfather. He was the weak brother.”

He continued, telling the man that “Fredo” is equivalent to the “N-word” to Italians.

The man reacted to Cuomo’s explosion, remarking, “You’re a much more reasonable guy in person than you seem to be on television.”

“If you want to play, then we’ll fucking play,” Cuomo shot back, hurling a series of insults at the man and referring to him as a “punk bitch.”

“You know my name is not fucking Fredo,” he continued, adding, “own what you said.”

“Please do,” the man shot back.

“So you can fucking sue?” Cuomo continued, before daring the man to punch him.

The footage was posted to a channel named “THAT’S THE POINT with Brandon,” and was titled “**EXCLUSIVE FOOTAGE!** CNN ANCHOR CHRIS CUOMO THREATENING TRUMP SUPPORTER!”

Before YouTube reinstated the video, when users attempted to view the video from its original link, a page appears stating: “This video has been removed for violating YouTube’s policy on harassment and bullying.” Breitbart News reached out to the owner of the YouTube account that posted the video, the owner stated that they were given no warning before YouTube removed the video. The owner told Breitbart News: “It’s completely biased Censoring on once again another Conservative/Republican independent media source.”

The account owner also clarified that there were no children present with Cuomo during the altercation; the presence of children in candid YouTube videos can sometimes be used as grounds for video removal. YouTube has previously removed videos on public figures for similar reasons, such as removing a video by Project Veritas over “privacy” concerns.

YouTube users who navigate to the Project Veritas interview are now met with a message informing them that the video is “no longer available due to a privacy claim by a third party.”

This follows a similar act of censorship by Twitter, which restricted a tweet from Project Veritas revealing internal communications from Pinterest smearing conservative pundit Ben Shapiro as a “white supremacist.”

Following Breitbart News’ request for comment to Google about the removal of the video, it was reinstated onto the YouTube platform. A spokesperson told Breitbart News: “With the massive volume of videos on our site, sometimes we make the wrong call. When it’s brought to our attention that a video has been removed mistakenly, we act quickly to reinstate it. We also offer uploaders the ability to appeal removals and we will re-review the content. -a YouTube spokesperson

Lucas Nolan is a reporter for Breitbart News covering issues of free speech and online censorship. Follow him on Twitter @LucasNolan or email him at lnolan@breitbart.com

Biden Is Normal–and That Sounds Really Good to Me
April 29, 2019

The trade war between the United States and China spiraled out of control last week, with threats from the United States of yet more tariffs — this time on shoes, clothes and cellphones — and a hasty determination to name China a currency manipulator at least five years after it stopped doing